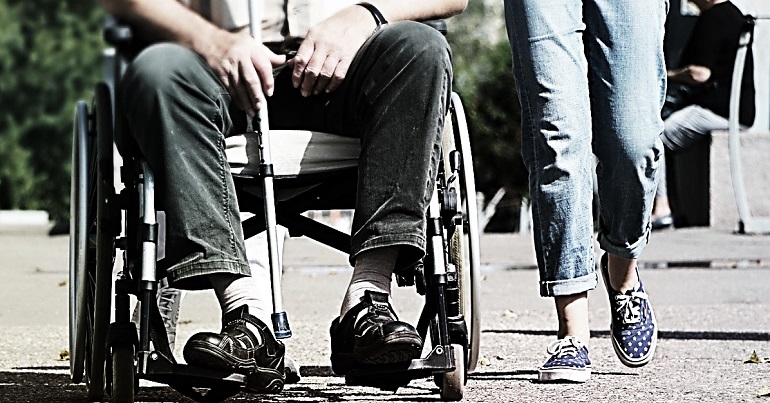 The Disability News Service (DNS) website was given exclusive figures from the Joseph Rowntree Foundation on poverty in Wales. The information was on top of a separate report by the foundation, which found [pdf, p1] that 39% of disabled people in Wales live in income poverty – the highest levels in the UK. This compared to 22% of non-disabled people in Wales.

But DNS claims that the figures the foundation gave it show “the increase in poverty levels appears to have started at around the time the Conservative-led coalition government came to power in 2010”. They showed that the proportion of working-age disabled people in poverty in Wales was:

This then rose to:

As DNS pointed out:

The figures relate to levels of relative income poverty and do not include income from disability living allowance and Personal Independence Payment (PIP) – because these payments are designed to meet disability-related costs – but they do take account of other benefits, including Employment and Support Allowance [ESA].

A spokeswoman for the Welsh government told DNS:

Many of the levers to support disabled people lie with the UK government but we remain committed to working across government on issues where we can add value.

But Miranda Evans, policy and programmes manager for Disability Wales (DW), was unimpressed. She told DNS:

We cannot simply point to cuts in disability benefits as being the cause in Wales. Much more must be done to address the employment gap between disabled and non-disabled people. The lack of flexible, well-paid job opportunities is a barrier for many disabled people.

The figures come after, as The Canary previously reported, an audit from the European Committee of Social Rights (part of the Council of Europe) in January. It looked at whether the UK government was meeting its legal obligations under the European Social Charter.

It covered [pdf, p171] the period from 1 January 2012 to 31 December 2015, and found the UK government was breaching its legal obligations under Article 12, the right to social security. The committee said [pdf, p188] that many welfare benefits – including ESA and Jobseeker’s Allowance (JSA) – were “manifestly inadequate”. That is, people were not getting enough money to live on and were being left in poverty.