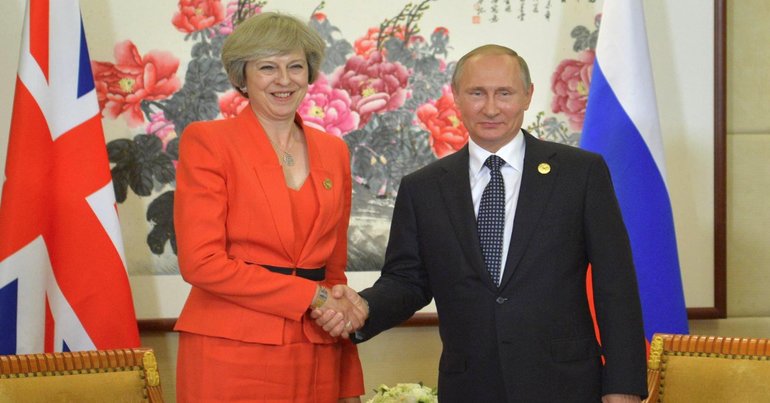 Believe it or not, there are bad things happening in Britain that are unrelated to Russia. It’s our job in the press to make sure that we keep an eye on those developments. So here is some of the bad news Theresa May has been hoping to bury under the Russia scare.

Researchers say that austerity policies may be partly responsible for 10,000 excess deaths so far in 2018. The BMJ published a research paper called Rise in mortality in England and Wales in first seven weeks of 2018, based on data from the Office for National Statistics (ONS).

In the paper, Lucinda Hiam and Danny Dorling claim:

Within the first seven weeks of 2018, some 93 990 people died in England and Wales. Over the same weeks in the previous five years, an average of 83 615 people died. This rise of 12.4%, or 10 375 additional deaths, was not due to the ageing of the population. Ageing is a slow process and leads to slow, not sudden, rises in mortality. An additional person died every seven minutes during the first 49 days of 2018 compared with what had been usual in the previous five years. Why?

The research states reasons that haven’t caused the increase in excess deaths. It says that deaths resulting from flu were not “unusually high”, and the weather had been unusually mild. The paper alludes to NHS cuts and other government decisions that may have had an impact on the higher mortality rate. An urgent investigation is needed.

Under Universal Credit, seven- and eight-year-old children of parents/guardians earning over £7,400 a year will stop getting free school lunches. On Tuesday 13 March, the Labour Party tabled a vote in parliament to stop the cut because, as The Canary previously reported, it could see up to a million children eventually lose out. But Labour lost the motion by 312 votes to 254, and now a million children are set to lose access to what might be the one hot meal they get each day.

On 14 March, a new report by the Equality and Human Rights Commission (EHRC) examining the “cumulative impact of tax and welfare reforms” found that a further 1.5 million children could be in poverty by 2022. This report emerged a day after the Conservatives won the vote that could deprive up to 1 million children of free school meals. But the EHRC also suggests that the government is failing to provide basic standards of living as set out by the United Nations (UN).

You can read more of Frea Lockley’s report for The Canary here.

You can read more of Steve Topple’s report for The Canary here.

On 14 March, a judge ruled that around 160 homeless people should be evicted onto the streets rather than shelter in a building left empty by its owner for five years.

Grassroots group Streets Kitchen occupied 204 Great Portland Street in London to support homeless people and rough sleepers. The building is being “regenerated” by a property company, W1 Developments, but has been vacant for five years. The company took Streets Kitchen to court to regain possession of the property.

As The Canary revealed, W1 Developments’ majority shareholder operates out of the British Virgin Islands tax haven. The company also has a spider’s web of other companies associated with it, and only paid £723 corporation tax in the year up to 28 February 2017.

Regardless, the judge sided with the company and put 160 people back on the streets.

For most people in the country, the Skripal incident is tragic. But for Downing Street, it might well look like a miracle. Already, we’ve seen the totally spontaneous (*cough) flower-giving and fist-bumping salutations to embattled prime minister May.

During her visit to Salisbury, Theresa May greeted a member of the public with a fist bump pic.twitter.com/yloc8v1V9I

With crucial local elections ahead in the spring, let’s not kid ourselves that Downing Street isn’t attempting to milk this for all it’s worth. Those being impacted daily by ideological austerity deserve for the rest of us to keep on our toes.