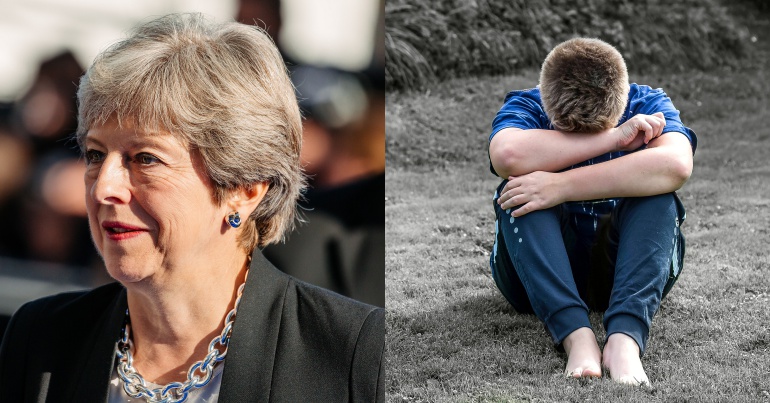 On 14 March, a new report by the Equality and Human Rights Commission (EHRC) examining the “cumulative impact of tax and welfare reforms” found that a further 1.5 million children could be in poverty by 2022. This report emerged a day after the Conservatives won a vote that could deprive up to 1 million children of free school meals. But the EHRC also suggests that the government is failing to provide basic standards of living as set out by the United Nations (UN).

The EHRC is classed by the UN as a National Human Rights Institution. Its report [pdf, p5] found that:

overall, changes to taxes, benefits, tax credits and UC [Universal Credit] announced since 2010 are regressive, however measured – that is, the largest impacts are felt by those with lower incomes… with much smaller losses for those higher up the income distribution.

The study also found that changes have a “disproportionately negative impact” on certain groups. These include “disabled people, certain ethnic minorities, and women”. But the impact is biggest on children. As The Canary previously reported, 4 million children already live in poverty in the UK. The EHRC predicts that by 2022, “largely driven by changes to the benefit system”, Conservative government policy means [pdf, p6]:

Around one and a half million more children are forecast to be living in households below the relative poverty line as a result of the reforms…. The changes are also likely to lead to significant increases in the number of children (in particular) below a minimum acceptable standard of living.

The EHRC predicts that lone parents and disabled people will be hit hardest hit. The “negative impacts” of changes to tax and benefits will mean that [pdf, p5]:

The child poverty rate will increase “from 37% to over 62%” for lone families. But the losses won’t end there:

The EHRC states [pdf, p23] that the “UK Government’s response to our report has been disappointing”. This follows chancellor Philip Hammond’s spring statement, which made it clear the government won’t be rowing back on austerity.

But the report also says [pdf, p22] that the way the government has pushed these reforms on the poorest sections of society was “not inevitable”. It suggests that austerity measures have been a clear political choice. And the EHRC has questioned [pdf, p22] this Conservative government’s commitment to basic UN rights of “social security”:

The UN Committee on Economic, Social and Cultural Rights has observed that benefits must be ‘adequate in amount and duration’ to ensure an adequate standard of living.

The UN states that any financial loss “should be temporary, necessary and proportionate”. But according [pdf, p22] to the EHRC:

It’s disappointing to discover that the reforms we have examined negatively affect the most disadvantaged in our society. It’s even more shocking that children – the future generation – will be the hardest hit and that so many will be condemned to start life in poverty. We cannot let this continue if we want a fairer Britain.