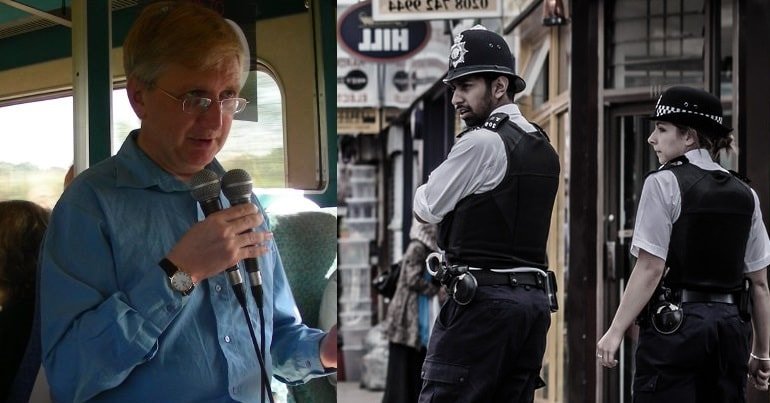 Former UK ambassador to Uzbekistan Craig Murray has made an observation that unravels the Western version of the Russian spy story.

On 4 March, former Russian double agent Sergei Skripal was allegedly poisoned in Salisbury. The majority of Western politicians and media outlets are suggesting that Vladimir Putin’s government tried to assassinate Skripal. May has already acted on the claim, expelling 23 Russian diplomats. But Murray points out that we actually have no evidence as to who carried out the attack.

Challenging the consensus, Murray branded the Russia-blaming “speculation”. Following the attempted assassination, Theresa May claimed that it was “highly likely” Russia was to blame, mainly because the state “previously produced this agent and would still be capable of doing so”.

May cites UK military analysis, which says the poison used in the attack belongs to the ‘Novichok’ group of nerve agents. The Soviet Union originally developed the Novichok group. Given this was in the 1970s, Murray points out that other states or agencies could have access to the nerve agents today, not just Russia:

A vital missing word from Theresa May’s statement yesterday was “only”. She did not state that the nerve agent used was manufactured ONLY by Russia. She rather stated this group of nerve agents had been “developed by” Russia. Antibiotics were first developed by a Scotsman, but that is not evidence that all antibiotics are today administered by Scots.

In a similar vein, Jeremy Corbyn’s spokesman has said the Labour leader wants to see evidence before jumping to the conclusion that Russia did it. Referencing false intelligence like the Iraq war dossier, the spokesman continued:

The Government has access to information and intelligence on this matter which others don’t. However, there is a history in relation to weapons of mass destruction and intelligence which is problematic to put it mildly. So the right approach is to seek the evidence, to follow international treaties, particularly in relation to chemical weapons attacks carried out on British soil.

Murray’s observations chime with what former MI5 agent Annie Machon has said about the Western version of events:

Despite the lack of evidence, Theresa May is also looking at economic sanctions against Russia.

The UK government has not provided a clear motive for Russia to carry out the attack. In the prime minister’s speech on the incident, May pointed to Russia viewing “some defectors as legitimate targets for assassinations” in her argument. Skripal is certainly a defector – he became a double agent who sold Russian secrets to MI6 for a decade. But Murray notes that Skripal already received a lengthy jail sentence for his actions in 2006. This led Murray to conclude:

If the Russians had wanted to make an example, that was the time.

So it’s unclear what motive Russia has for assassinating Skripal now. One former employee of the Russian special services says that the only reason for using the nerve agent would be to draw attention to the attack:

This is a very dirty method. There’s a risk of contaminating other people, which creates additional difficulties. There are far more delicate methods that professionals use.

This led The Guardian to suggest that Vladimir Putin wants to “engineer a confrontation” between Russia and the UK in order to shore up domestic support. But a Russian adversary could equally want to damage Russia’s reputation and international standing. Again, we just don’t know.

Murray also reminds readers that Western intelligence has let us down in the past:

The same people who assured you that Saddam Hussein had WMD’s now assure you Russian “Novichok” nerve agents are being wielded by Vladimir Putin to attack people on British soil. As with the Iraqi WMD dossier, it is essential to comb the evidence very finely.

There is currently no real evidence that Russia carried out the attack. Yet May has punished Russia for the assassination attempt anyway, and is considering reprisals such as economic sanctions.

When domestic populations fear a foreign state, they tend to rally around authority in their own country. So it’s generally politically convenient for politicians to harp on about Russia and other adversaries of the British state. In this case, Russia could well have done it. But as Murray and Corbyn point out, there isn’t any substantial evidence yet. So May is acting recklessly in retaliating against Russia beforehand.

Let’s not jump the gun and escalate geopolitical tensions.