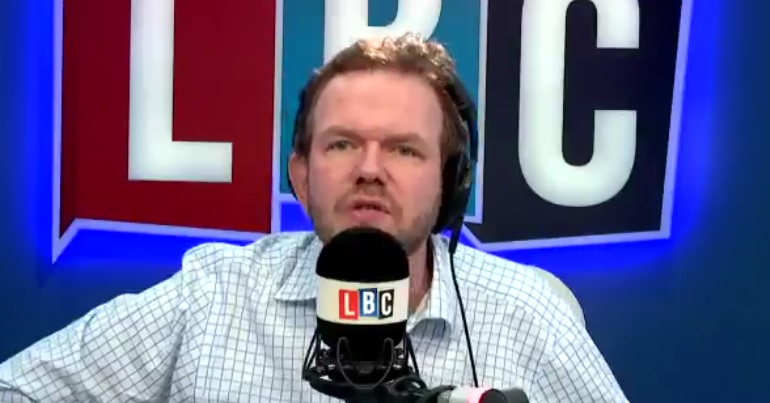 LBC host James O’Brien launched a tirade at the British people over Russia on 14 March.

But O’Brien’s attack on many “stupid and ignorant and ill-informed” Britons for questioning government accusations against Russia has baffled some of those he aimed it at. Because experience has taught them to wait for proof before jumping to conclusions.

The radio host was talking on his show about the poisoning of former Russian double agent Sergei Skripal in Salisbury. The UK government has alleged that Russia is to blame, which Russia (predictably) denies.

.@mrjamesob's monologue on Britain's escalating row with Russia is a must-watch. pic.twitter.com/cb7toCRVg5

Russia is an obvious suspect in the Salisbury poisoning case. Not only was Skripal a double agent, but the Russian government appears to have no qualms about bumping off people who disagree with it. A UK inquiry in 2016 concluded that the Russian president Vladimir Putin “probably approved” the poisoning of another former spy in Britain.

Some Britons have, however, pointed out that we have no firm proof to support the government’s claims yet, or have asked for evidence to support them. And the LBC host said it would make Russian president Vladimir Putin “smile” to hear:

people who’ve grown up with all of the benefits of Western liberal democracy somehow choosing his side against their own country.

O’Brien went on to claim that those leading these narratives are “the same people who described the Sandy Hook massacre as a hoax”. So, for the LBC host, many of the people who aren’t ‘siding with their own country’ by accepting the government’s claims before evidence is supplied are “stupid and ignorant and ill-informed” victims of “brainwashing” by conspiracy theorists.

Though some agreed with O’Brien, a number of people challenged his tirade against ‘brainwashed’ Britons:

Sorry @mrjamesob I think you sort of missed the point. Some of the argument’s against May’s response were to ensure there was proof before taking action. As it is, the action she’s taken is hardly going to have Putin quaking in his boots!

I'm no fan of Putin but call me old fashioned – I'd like some proof please. To state that Russia is the perpetrator, purely on the basis of them having developed the Novichok agents, is akin to saying that a murder was committed by an Austrian because the weapon used was a Glock.

Others also pointed to previous evidence-free claims from officials that might explain why people expect proof:

Surely after the lies about Iraq and WMD, then the U.K Governments decision to bomb Libya, and then we see the long term consequences of these actions, is it surprising that the public have scepticism about what’s happened to this former Russian double agent?…..

As this commentator notes, people have learned to be cautious after taking officials’ word in the past only to discover later that what they’d been told wasn’t true. The claims about Saddam Hussein’s WMDs (which led to the invasion of Iraq) are the most obvious example of this, but by no means the only one.

Furthermore, contrary to O’Brien’s claims, it’s not only Sandy Hook-questioning conspiracy theorists who are urging caution on the government’s story. It’s respected investigative journalists like Nafeez Ahmed and former UK ambassador Craig Murray too. Labour leader Jeremy Corbyn has also called for an evidence-based approach to the situation. Meanwhile, NATO has thrown its support behind the British government, but has called for continued dialogue with Russia.

So O’Brien is essentially insulting a number of people for learning from experience and seeking out analysis from credible non-government and official sources.

The United Nations Security Council (UNSC) discussed the Salisbury poisoning on 14 March. And in Russia’s contribution to the session, its envoy Vasily Nebenzya said:

Of course, this is an argument that suits Russia right now, as it protests its innocence. But it’s also a statement that sums up well why many of O’Brien’s “stupid and ignorant and ill-informed” Britons are taking a sceptical position on the government’s claims.

Russia may well be guilty. But until the government reveals evidence which confirms that, known as the ‘burden of proof’ in law, some Britons will be sceptical. In fact, O’Brien is usually one of those sceptics. The LBC host is known for exposing media outlets and politicians when they twist the truth. And he regularly demands evidence from his callers to support their various claims.

In short, O’Brien regularly calls out the post-truth era. And he’s acknowledged that the tension between evidence and opinion is at “breaking point”. That’s exactly why people are demanding proof.

O’Brien, of all people, should understand that.