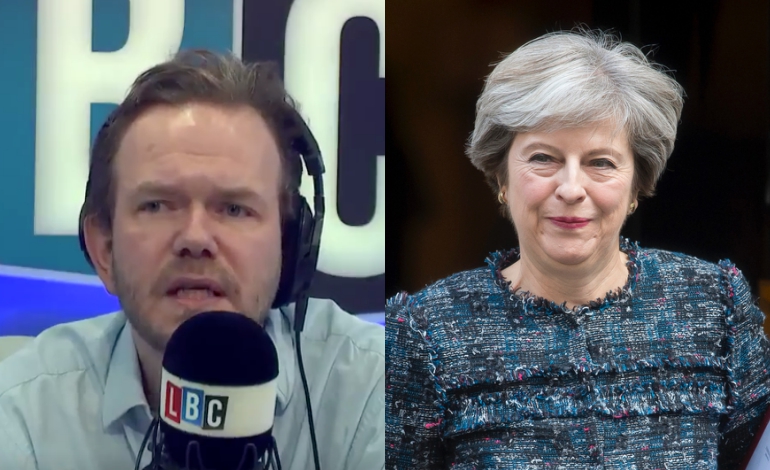 James O’Brien has spotted the fatal flaw with Theresa May’s fake news unit. In fact, it could be said that O’Brien nailed the problem in just three words: “the Foreign Secretary”.

Specifically, O’Brien puts it in the context of Foreign Secretary Boris Johnson’s discredited Brexit promise on NHS spending. He says:

The Foreign Secretary is marching up and down the country claiming that money the Office of Budget Responsibility says won’t exist could be spent upon the NHS… If that’s not fake news, what is?

You can watch O’Brien here:

Brilliant from @mrjamesob: "Number 10 is launching a Fake News Unit while the Foreign Secretary is claiming that money the Office of Budget Responsibility says won't exist could be spent upon the NHS. If that's not fake news, then what is?" pic.twitter.com/wCqHcukfP8

On 23 January, the government announced it was launching the “fake news unit”. According to a spokesperson for May, the unit:

will build on existing capabilities by creating a dedicated national security communications unit. This will be tasked with combating disinformation by state actors and others. It will more systematically deter our adversaries and help us deliver on national security priorities.

But while there are issues around state interference and manipulation that need to be addressed, as Wired points out, there are myriad problems with May’s announcement:

If the fake news unit is to go ahead, there’s a long list of things it should do before it starts work in earnest. It should publish what its definition of fake news is, reveal how many people are working inside of it, what the ‘deterrence’ it plans to take is, and what its overall objectives are. How is success determined? Without knowing these basic principles, it will be very difficult for the public to determine the purpose, accountability and effectiveness of the new initiative.

And Wired also notes the most fundamental problem with the unit:

At the very least, the new unit has to be independent of government. If it isn’t, then its very existence will become problematic. What may be considered ‘fake news’ to May and her unit may not be thought so by opponents.

“Fake news” was labelled word of the year for 2017. But the problem of the media lying is nothing new. Just look at The Sun‘s infamous coverage of Hillsborough. Or more recently, the way the tabloid media reports issues such as immigration. Take, for example, the incorrect claim that The Sun published during the Brexit referendum stating that four in five jobs were going to immigrants.

But what has changed is who owns the news agenda. New media has shaken up a news landscape dominated by a few billionaires. Now, the news agenda is harder to control. And this is a headache for politicians and media moguls, who no longer have the power they once enjoyed.

This isn’t to say genuine fake news and state interference shouldn’t be combatted. But the way it’s done has to be transparent, accountable and independent. Instead, we have a government that consists of the likes of Boris Johnson and Michael Gove putting itself in charge of deciding what is ‘fake news’.  The irony of this would be funny if it weren’t so Orwellian and scary.