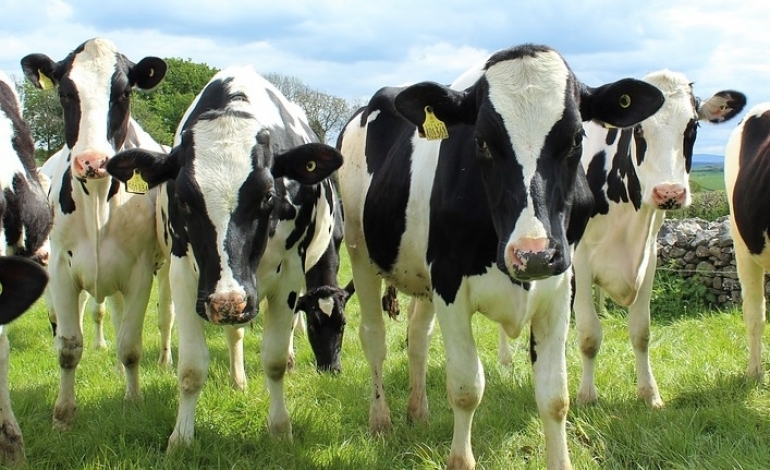 Veganuary is a charity that encourages people to adopt a vegan diet for January and to continue with it for the rest of the year. The dairy industry certainly isn’t too pleased about increasing numbers of people saying no to milk and cheese. In response, the industry is launching its own campaign for February – to get people drinking milk again – called #Februdairy.

An industry under threat

#Februdairy is an initiative to spread positive messages about dairy on social media, from how it’s produced to its claimed health benefits. One Twitter user said:

As a dairy farmer, I have no problem with people who chose a vegan lifestyle. What I do have problems with is those who try to slander the dairy industry when they know nothing about livestock or farming #Februdairy

And the magazine Farmers Guardian tweeted:

Last summer, vegan campaign group Go Vegan World launched an advert claiming that ‘Humane milk is a myth’. In July, the dairy industry lost a battle after it made complaints to the Advertising Standards Authority (ASA) that the advert was misleading and inaccurate.

Indeed, for ethical, environmental and health reasons, more and more people are deciding to ditch dairy. As The Canary previously reported, “sales of plant-based milks in the UK are set to rise by 43% by 2021”.

But it’s not just the dairy industry fighting back against the push for plant-based alternatives. The right-wing media is also getting involved. The Sun recently published a story with the headline: “Is going vegan making you STUPID?” warning that giving up dairy could see a decrease in IQ points.

Response to the #Februdairy campaign

While dairy farmers have been busy promoting the industry on social media, vegans have also been chiming in:

Dairy Industry: “Sales are plummeting captain, what do we do?”
“Prepare to launch 🚀 #Februdairy “ pic.twitter.com/stAUP306SC

People have also been sharing articles that expose what they see as the dark side of the industry and about the rising trend of veganism.

Before #Februdairy has even begun, it has been receiving a large amount of pushback and opposition. If current trends are anything to go by, then it looks like the campaign will pale in comparison to Veganuary this year.

–  Read more articles from The Canary on veganism.