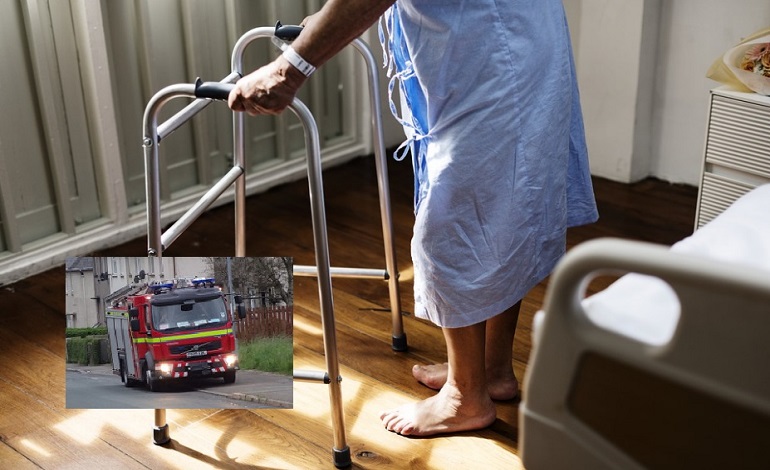 A fire service struggling with its budget has taken on social care contracts to try and make money. But the move has provoked anger among trade unions. Because it means than fire fighters and engines could be taken off the frontline.

As The Birmingham Mail reported, West Midlands Fire Service (WMFS) has signed three council contracts in a bid to claw back some of the £38m in budget cuts it will have had to make by 2020. The deals are for emergency calls to elderly people in their homes, with one also being for “hospital patient transportation”. They are reported to be worth £2m to WMFS, which claims it is also doing it to meet “community risk where appropriate”.

Currently, the contracts are staffed by a mixture of HR staff, cleaners and some fire fighters who have volunteered for the scheme. But “incredibly”, as The Birmingham Mail puts it, the HR staff and cleaners will be getting the same rate of pay as fully trained fire fighters on the contracts. And WMFS is reportedly bringing in changes to all fire fighters’ contracts, to include a flexible working clause. This would force them to work on the care contracts when asked.

But the West Midlands branch of the Fire Brigades Union (FBU) has hit back at WMFS’s plans. It says the deals are “unacceptable”, and that they will mean:

Firefighters being diverted to non-emergency work, leading to the number of emergency vehicles available being reduced. Firefighters in the emergency control room will be tied up on non-emergency calls, putting 999 callers at risk, people who need us in a life or death situation.

WMFS disagrees. It says that the deals are part of the “service’s strategic aim to reduce risk in the community by engaging with those most vulnerable from fire”. It also claims that response times to emergency fire-related calls will be unaffected.

The fire service: stretched to the limit?

West Midlands FBU has launched a petition, which at the time of publication had over 8,000 signatures. It says:

Firefighters firmly believe that West Midlands Fire Service are currently running these non-emergency services at a massive financial loss to fulfil contracts. Tax payers contribute on the understanding that their hard-earned money goes to provide the excellent response and prevention work that firefighters deliver. They do not expect their money to be redirected to take on and prop up outside contracts in areas of business that the service has no experience in. This course of direction poses a very real risk of back door privatisation of your fire service.

And on Monday 29 January, it is running a social media campaign. It wants people to take a selfie holding a piece of paper saying “I support West Midlands Firefighters! #FiredUp”. And then people can tweet their pictures using the hashtag to @WestMidlandsFBU.

As West Midlands FBU concluded, it wants to see:

The Fire Authority… end the issuing of flexible contracts to firefighters and to have all emergency frontline vehicles available for emergencies and not tied up at non-emergency work.

And so far, judging by the petition, many thousands of people agree.