The 'State of the Nation' is currently on display in Liverpool. And it's not good. [IMAGES] - Canary 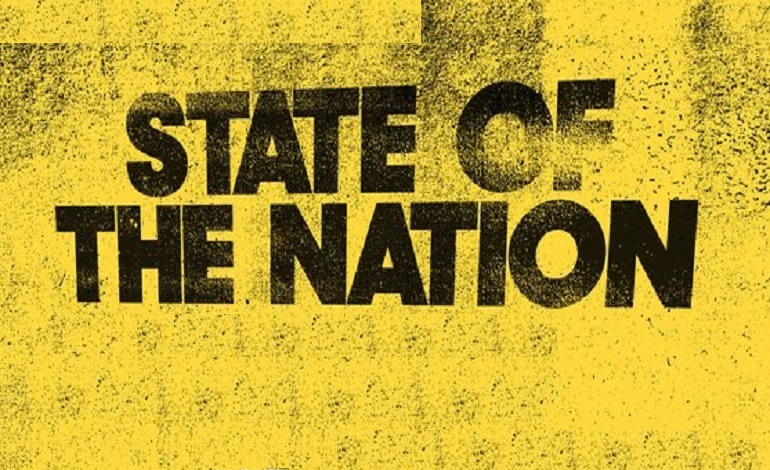 An exhibition in a world-renowned Liverpool art gallery is delivering some home truths about what it calls the State of the Nation. And through a mixture of art, spoken word, debate, performance and speeches the organisers hope to raise awareness of one of the scandals of our generation: homelessness and rough sleeping.

The Canary caught up with Co-Founder of the Museum of Homelessness, Jess Turtle, to find out more about the State of the Nation, the museum’s views on government and its hopes for the festival.

The museum was founded in 2014 by Jess and her husband Matt. They were involved with the Simon Community, an established group of street homeless people and volunteers living and working together in London. The community had an archive of almost 7,000 items dating back to the 1930s, which were sitting idle in a Welsh attic. So the community and the Turtles thought that something should be done to share this material. And that’s where the idea for a museum was born.

The state of the nation

Driving the museum, and the Turtles, is the feeling that they can change lives. And it was out of this that the State of the Nation festival was born. Jess told The Canary:

State of the Nation has been designed to encourage people to take action. It’s been running almost a year in various locations and so far we have had good results. Taking over somewhere like Tate means that we are able to reach an audience who might not be aware of what’s happening in society and the impact it is having on people.

What we present shares what people are being subjected to on the streets, in hostels, in unfit housing and in detention centres. And it’s in their own words. We don’t sugar-coat and this means we often have high levels of emotion and tears from people in our spaces, often people are unaware of the levels of inequality. It’s very important to offer people something to do with that sort of energy.

The Exchanges on Homelessness event features as its centrepiece Frequently Asked Questions by Anthony Luvera and Gerald Mclaverty. The artists sent questions to 61 councils across the UK, from the perspective of someone who is rough sleeping. And when the results came in, it didn’t look good.

Only five councils responded to the questions. Many just got referred or received auto-responses that told them to wait. The work was done at a time when councils were being given new powers and responsibilities through the 2017 Homelessness Reduction Act. Luvera and Mclaverty wanted to question how this would be implemented effectively under the current system, particularly with a lack of council housing stock. And the installation allows the audience to view the responses, and to consider local government’s position on homelessness.

The role of charity

But Jess thinks it’s not only local councils that should be under scrutiny from the public; but charities too. She told The Canary:

One thing that is positive about the UK is that there is a diverse range of organisations working in the field. There are many ways into homelessness so there should be a range of ways out of it. There are some amazing, committed people working in the sector under difficult conditions with very little funding.

But we do need to ask some questions about how the sector operates. Crisis recently published a report ‘Finding A Better Frame‘ which outlines how Crisis and its third sector partners need to reframe campaigning around homelessness. We welcome this. We also think it’s important to learn from history. The report barely makes consideration of the fact that continued failure, over generations, to ‘end homelessness’ combined with sustained campaigns using destructive language and images which reinforce the individual has contributed to the situation we have now. It has undoubtedly impacted on public perceptions. This type of messaging is something only the sector can take responsibility for.

With this in mind, Exchanges on Homelessness is also about reframing the debate and smashing stereotypes. A Soldier’s Story by David Tovey, for example, details the lives of five ex-service personnel who ended up homeless after they left the armed forces: 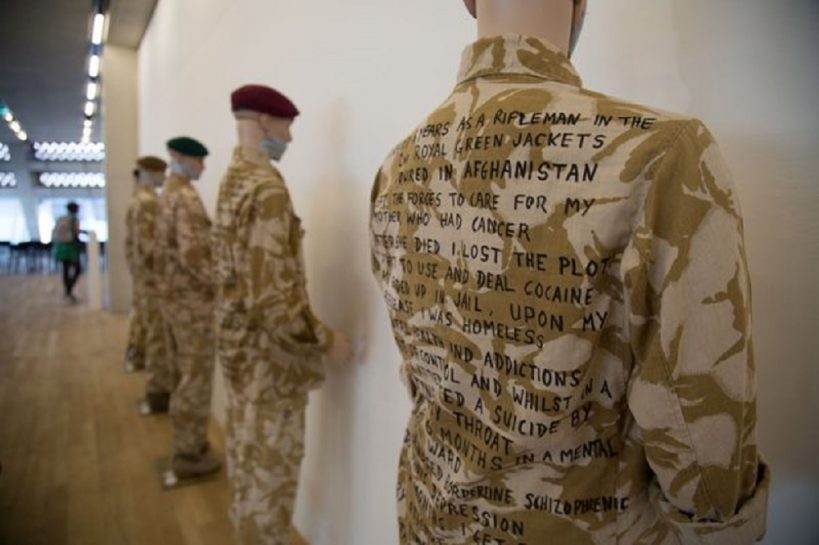 And The Choir With No Name, a group of singers directly affected by homelessness, will be performing on 27 January: 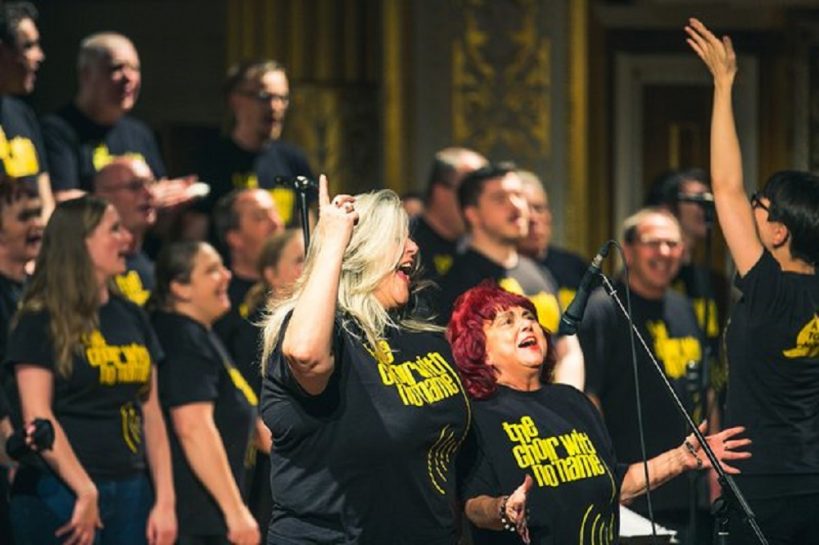 Open debates for the public are also being held with artists and those involved with homeless people and rough sleepers: 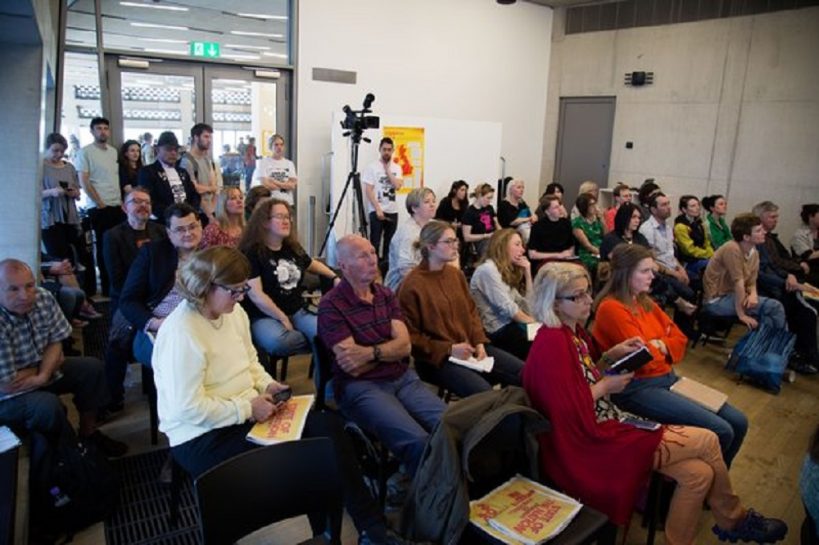 But ultimately, Jess believes that if it wasn’t for government policy, events like Exchanges on Homelessness would not be needed.

Homelessness: a government to blame?

Figures sometimes speak for themselves. Because the number of rough sleepers rose by 169% between 2010 and 2017. Also, the number of households in temporary accommodation on 30 September 2017 had gone up by 65% since 31 December 2010.

The Canary asked Jess if she thought that government policy was to blame for this increases, or whether societal issues were at play. And she was unequivocal in her response:

The rise in homelessness and rough sleeping (as the most visible factor out of many) is directly related to government policy. Housing is a major factor but simply building more housing for the private market, even if classed as ‘affordable’ won’t solve things. Welfare reform and NHS cuts to services like mental health and drug and alcohol support also have a huge impact. Put simply, the safety net is being stripped away and that means people are more likely to find themselves in a situation where they are homeless.

But Jess did note:

Homelessness is complex and is related to so many things: bricks and mortar; social connection; being able to earn enough to get by; having things in place to recover from major set-backs in life. Sadly we are in a place in 2018 where these things are not available for increasing numbers of people. Government policy is a major factor but we at the museum believe we can all take responsibility for doing something about it.

There are countless groups trying to do something about it; many of which the Museum of Homelessness has worked with. Because Jess believes that often direct action is the best way to bring about change:

In our archive we also hold some inspiring stories of groups of people who have risen up to make change happen in a direct way. We are inspired by this in our own work and there is a very strong grassroots movement developing today that looks and feels a lot like the post-war movement of the 1950s and 1960s.

People we’ve worked with include Streets Kitchen, Focus E15 and Greater Manchester Housing Action [GMHA]. We’ve had the pleasure of working with all three and had an event with GMHA as part of Exchanges on Homelessness where activists from Manchester’s resurgent squat scene shared their skills to encourage others to make things happen.

It’s this grassroots organising which is vital for so many homeless people and rough sleepers. Because while government policy strips away the last remnants of a safety net, and homeless charities’ intentions are sometimes misplaced – those who have direct experience of homelessness are best placed to support those currently experiencing it. And the Museum of Homelessness is no exception to this, offering a unique and inspiring vision into one of the bleakest scandals of our generation.

Featured image and additional images via the Museum of Homelessness