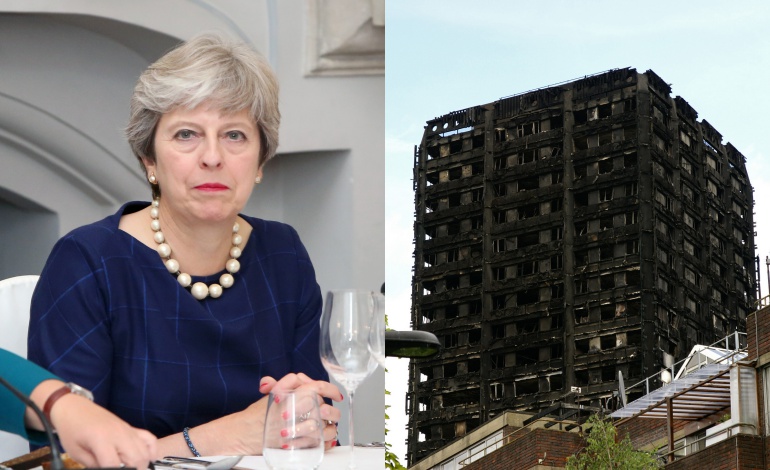 Seven months after the Grenfell Tower tragedy, bereaved families and survivors are still fighting for justice. They are petitioning for more diversity in the Grenfell Tower Inquiry. And Theresa May’s response to their petition has officially been called “inadequate” by the cross-party Petitions Committee.

On 14 June 2017, 71 people died in the fire. The petition called for Prime Minister Theresa May to:

exercise her powers under the Inquiries Act 2005 to appoint additional panel members with decision making power to sit alongside Chair in Grenfell Tower Inquiry: to ensure those affected have confidence in & are willing to fully participate in the Inquiry.

In December 2017, May turned down the petition because she wanted to ensure the initial stage of the inquiry was concluded “as quickly as reasonably possible”.

But now May’s response has been deemed “inadequate” by the Petitions Committee. And it goes further in its support of bereaved families and survivors. The Committee state that that in rejecting the petition, May had:

failed to acknowledge that the petition had been started by bereaved families and survivors, or to express any concern for their suffering and loss.

The Prime Minister's response to the Grenfell petition wasn't good enough. I wrote to the Petitions Committee and they agree that the response was 'inadequate' and have asked for a better response: pic.twitter.com/QNI05TXKEq

Grenfell survivors have welcomed the committee’s response. Karim Mussilhy helped launch the campaign. He also lost his uncle in the fire. He said:

After the failure to implement the findings of the Lakanal House inquiry, the bereaved families are understandably concerned to make sure that the Grenfell Tower Inquiry will undercover the truth and lead to action.

And he went on to explain:

We strongly believe an independent expert panel is the best way to do that and will ensure public and victim confidence in the inquiry.

The public inquiry, chaired by Sir Martin Moore-Bick, officially opened in September 2017. But the scope of the inquiry has caused concerns. As Zita Holbourne, of the BMELawyers4Grenfell coalition said:

It’s not included the wider issues around social housing, socioeconomic issues, the issues of race, religion and equality in relation to adequate housing, the impact of austerity and cost-cutting leading to the neglect of residents.

Do they understand us? Do they know anything about social housing? How many of them have lived in a tower block or on a council estate or in social housing?

There is a real sense from those we represent that their voices have not been heard.

As The Guardian reported, greater diversity is needed partly to, “represent the different cultures, faiths and ethnicities of Grenfell residents”. But also to learn the vital lessons from the Lakanal and Hillsborough inquests: to listen to the bereaved and, to place “the dead at the very centre of the process”.

May’s response to the Grenfell tragedy is “inadequate”. Because although she promised that “everybody affected” would be offered a new home “within three weeks”, this hasn’t happened. And six months after the fire, 166 households still lacked permanent housing.

And seven months after the fire:

only three of the 160 social housing towers identified as dangerous… are known to have been reclad with safer materials, leaving tens of thousands of people still living in ‘fire hazards’.

So the outcome of this inquiry is vital. And as Mussilhy said:

We continue to press our goal of 100k signatures, to secure a debate in Parliament.

And we can all stand in solidarity to support the survivors. Because we must demand that a tragedy like this never happens again.

– Help Grenfell survivors and sign the petition. 100,000 signatures are needed to secure a parliamentary debate.