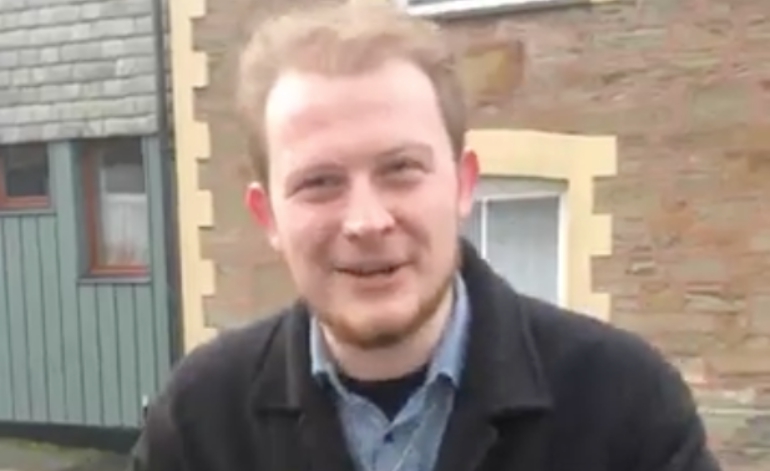 A prospective Tory councillor has shared memes about dressing up as a Nazi on his Facebook page. Alongside other posts supporting an anti-immigration ideology, Richard Cunningham shared the Nazi meme twice. Once in 2014. And the second time as a Facebook memory in 2015.

Cunningham is standing as a candidate for Cornwall Council for the Falmouth Smithick ward following the death of Labour’s Candy Atherton last year.

Although Cunningham has deleted the posts, Cornish Stuff acquired and verified screenshots of his posts. The first post is accompanied by Cunningham’s comment:

Political correctness be damned, this made me chuckle way too much.

Apparently I was just as sick and twisted 365 days ago as I am now. 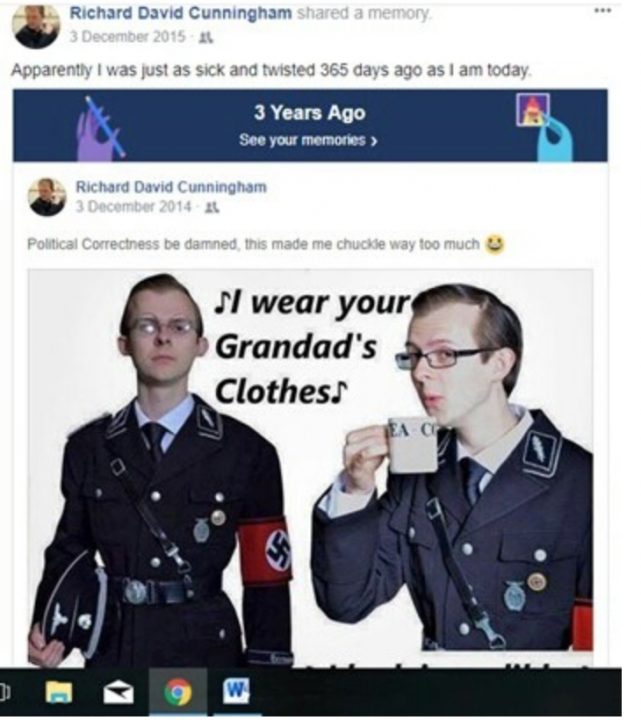 In another post, in 2017, Cunningham replied to the question: “Who’s your favourite LGBTQ?” with “Ernst Röhm”. Röhm was a Nazi and head of the brownshirts until he was killed by Hitler in 1934. 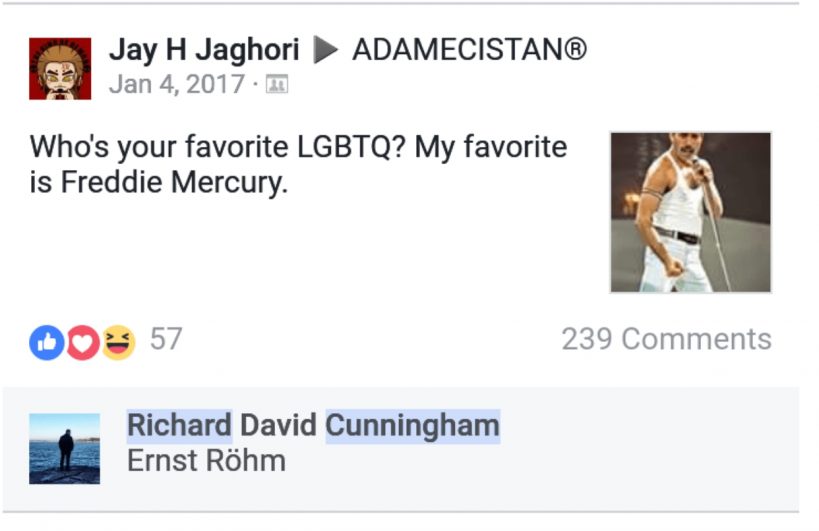 Other posts include anti-immigration sentiments: 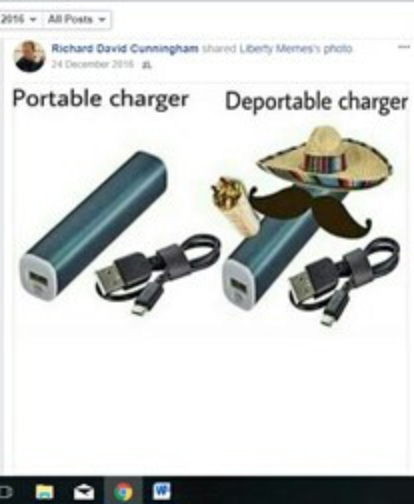 You can see some of the other posts Cunningham shared on the Cornish Stuff website.

Speaking to The Canary, Anna Gillet – a Falmouth Town councillor and chair of the Constituency Labour Party – said that Cunningham had shown “complete contempt and disregard for social justice”.

The values I hold myself to as a councillor and a human being are to operate without prejudice. If you stand to represent a population acting without prejudice you’re acting for everyone not the few.

And while Cunningham’s posts were not in relation to or posted near to Holocaust Memorial Day, Gillet believes the context of the day is important:

Given [tomorrow is] Holocaust Memorial Day, his disregard for history and the consequences is appalling. The reason we still commemorate atrocities such as the holocaust is so we continue to learn the lessons. Our memory of these horrific events and the potential for human atrocities remain and we must remain vigilant.

In a statement given to The Canary, Cunningham stated:

I want to apologise for sharing these posts. I was 19 years old at the time but I realise they are totally inappropriate. I’m now older and wiser and am standing for election to serve my community.

But it’s worth noting that the post Cunningham made about Röhm was only made a year ago. Ultimately, it will be down to the people of Falmouth to decide whether they want someone representing them who thought these posts were funny and acceptable.