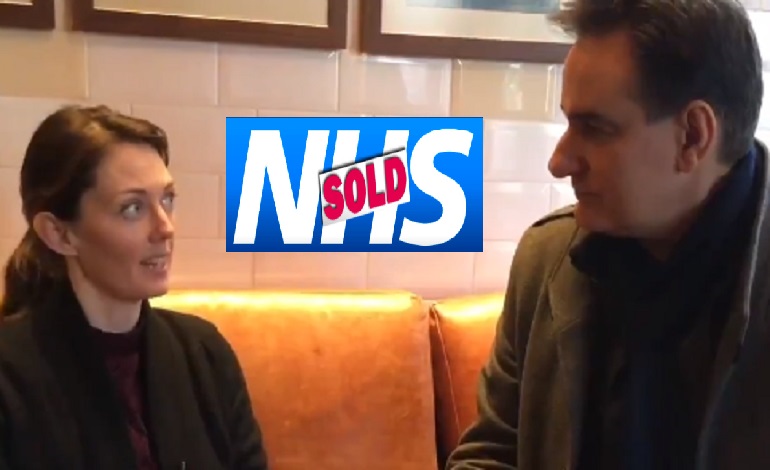 A lawyer-turned-campaigner and a front line doctor have joined forces to send out a 999 for the NHS. And they want everyone to deliver our health service some political first aid – by taking part in an upcoming march for it.

An NHS in crisis

The NHS is currently in the grip of another winter crisis. As The Canary‘s Editor-in-Chief Kerry-Anne Mendoza wrote on Wednesday 24 January:

The NHS is in crisis for one reason: the government chose to underfund it, providing it with less money than it required. And the resulting crisis was entirely predictable.

And health charity the King’s Fund noted in 2015:

The public are once again seeing the sharp end of that underfunding: waiting times up, patients dying in hospital corridors, and more nurses leaving the NHS than joining it.

But what can we, the public on the receiving end of political decisions about the NHS, do about it? Well, a lawyer and a doctor have one suggestion.

The Tories: “out of excuses”

Lawyer Peter Stefanovic and Dr Aislinn Macklin-Doherty have recorded a short film for the People’s Assembly. In it, they discuss the NHS winter crisis. And Macklin-Doherty is clear [1:07] where the blame lies for the strain on our health service: the Conservative government’s door:

For them [Theresa May and Health Secretary Jeremy Hunt] to come out on national TV… and deny that there’s a problem, I think it just represents what we already know about this government. That they are totally out of touch and, to be honest, they’re out of excuses… it’s becoming very clear to the public that this is not an accident. The NHS is being pushed into a political crisis. I am seeing the NHS being carved up, fragmented and sold off so they can make a profit at the taxpayer’s expense.

Please watch and share – @PeterStefanovi2 speaks to front line Dr, @aislinnmacklin, who explains what's happening to #OurNHS at the hands of the #Tories #FundOurNHS GET OUT ON THE STREETS – FEBRUARY 3rd pic.twitter.com/UygSSnxqbm

March for the NHS

The demonstration Stefanovic and Macklin-Doherty talk about has been organised by Health Campaigns Together (HCT) and the People’s Assembly, in response to the “winter crisis” the NHS faces. The march on Saturday 3 February begins at 12pm on Gower Street in London. The People’s Assembly claims it is in response to a winter crisis that has “descended into a perpetual year round crisis”.

The People’s Assembly and HCT are expecting “tens of thousands” to march on the day, and issued a stark warning to the Conservative government:

Patients, the elderly, disabled and infirm deserve much better than this. To secure the future of our vital public services it is now more urgent than ever to get rid of this Tory Government and replace it with one that really cares for people, not ‘investment opportunities’.

So, if you love the NHS and want to deliver your own message to the Conservative government about the “political crisis” it’s created, get some strong shoes on, make a banner and join tens of thousands in London on 3 February.