Jeremy Hunt says the NHS isn’t in crisis. But there’s a huge hole in his argument. - The Canary 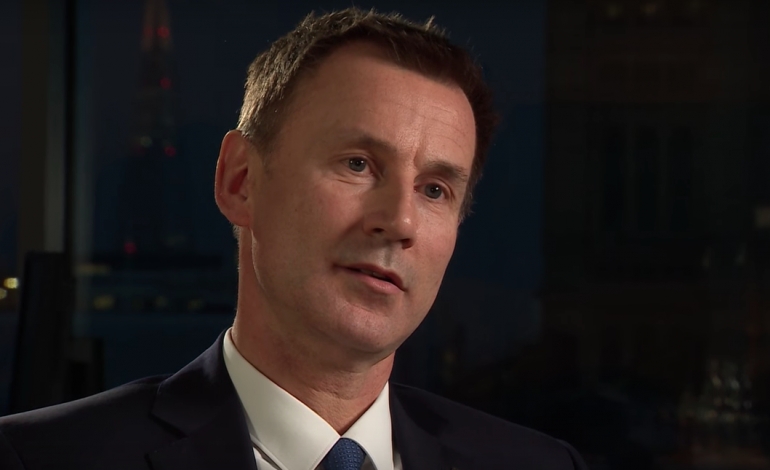 Health Secretary Jeremy Hunt said during a BBC Newsnight interview that the NHS isn’t in crisis. This is because he believes, “a crisis is when you have adverse circumstances and you don’t have a plan to deal with those challenges”. Hunt argues the government has, “been planning most of the year now for the challenges of winter”. But with austerity still in full swing, the government’s ‘plan’ will make these challenges harder, not easier.

Speaking to LBC presenter Iain Dale, Hunt again said the NHS is not in crisis because “a crisis is when something goes wrong and you don’t have a plan. We do have a plan and we’ve been planning for this for a very long time”. But there was no mention of addressing the problem of chronic underfunding.

Given the acute lack of resources and staff, there are fears that the winter crisis is only set to worsen. Nuffield Trust’s Chief Economist Professor John Appleby says:

The sobering reality is that winter for the NHS has hardly started. The service is likely to face another three months of exceptional need for care, and it is starting from a precarious position. There is an underlying mismatch between the capacity to deliver care and the level of care patients require.

Indeed, many doctors wholeheartedly disagree with Hunt on the state of the NHS. Dr Richard Fawcett, an A&E doctor at the Royal Stoke hospital, took to Twitter to:

personally apologise to the people of Stoke for the 3rd world conditions of the dept due to #overcrowding.

The problem of underfunding

As The Canary’s Editor-in-Chief Kerry-Anne Mendoza has argued, the NHS is in crisis due to underfunding. This has resulted in life-saving operations being cancelled. And although Hunt tells us the situation will improve under his guidance, continued cuts mean that the NHS will lose at least £800m in funding by 2020/21.

When it comes to spending, the government has simply not prioritised health care – and in turn people’s lives. The consequences of underfunding have indeed been disastrous, as staff at hospitals up and down the country can attest to.