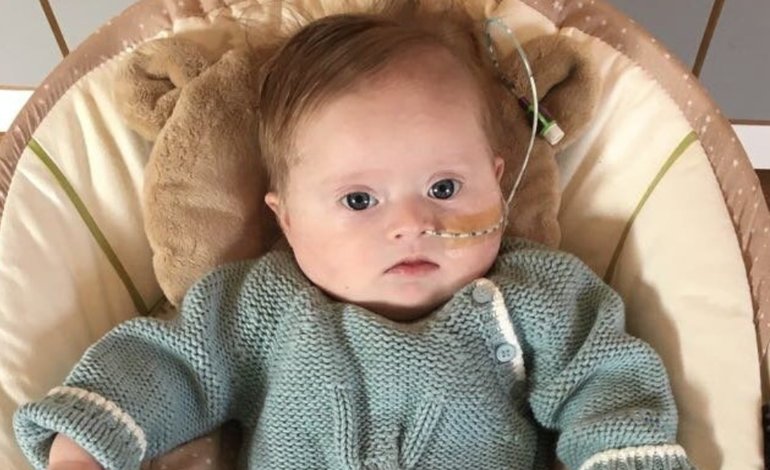 An inquest this week was told that six-month-old Iris Ann Day died after the operation to save her life was cancelled three times. Two of the cancellations were linked to chronic underfunding of the NHS. The death of Iris Ann Day is the true price of those cuts.

The death of Iris Ann Day

Iris was born with a heart defect and Down’s Syndrome. She was due an operation to restore proper blood flow to her heart in November 2016. After being too ill for the first surgery, her second chance was cancelled due to a “lack of intensive care beds”. And her third opportunity was cancelled as a sicker child needed the operation, and the hospital was forced to make the choice.

Iris Ann died before she reached the operating table.

The six-month-old was rushed to Colchester hospital on 2 December 2016 in respiratory distress. The inquest heard that hospital staff informed her parents that she was “stable”, so they went home briefly to get clothes and supplies for the stay. When they returned, their daughter was surrounded by medical staff attempting to resuscitate her. Her parents told the inquest they had been let down by the NHS “in the worst way possible”. Her mother, Hannah Day, said:

I wasn’t able to be with my baby when she passed away or console her when she was inconsolable. That’s something I will never forgive them for.

The Day family has paid the price for a political choice to prioritise tax cuts for the wealthy over fully funding our public services. And they are far from alone.

A recent survey of 30,000 UK nurses found an NHS in crisis. As The Canary‘s Mark Turley reported:

A quarter of nurses reported having to care for as many as fourteen patients at once. Yet rules established in 2014 state the maximum should be eight patients per nurse. Any more than this constitutes a ‘red flag’.

Nurses reported patients in great pain failing to receive painkillers or receiving no assistance to go to the toilet. Perhaps most incriminating for the government is the statistic that 71% of nurses said their last shift breached national guidelines in one way or another. Often this was due to nurses being transferred into unfamiliar departments to cover last minute shortages.

One nurse, a specialist in elderly care, described being sent to Accident and Emergency where she felt “useless, unsafe and out of my depth”. Another who worked with terminally ill people said that “too many patients are dying alone” which she found “soul destroying”.

“I drove home from work sobbing today, knowing that the patients I cared for didn’t get even a fraction of the level of care I would consider acceptable. I would be devastated if my family or friends were in the hospital I work in, as there are just not enough staff to go around.”

The answer is simple. The government chose to underfund the service, providing it with less money than it requires. And the resulting crisis was entirely predictable. Responding to the government’s 10-year budget forecast in 2015, the King’s Fund warned:

As a result of spending falling behind increases in demand and costs, says the King’s Fund:

the NHS is struggling to meet its obligations to patients.

The government suggests it can’t afford to fund the one-off £9.5bn cash boost that doctors say the NHS desperately needs. But former chancellor George Osborne’s cuts to corporation tax cost the Treasury as much as £10.8bn each year, according [pdf, p19] to the Institute for Fiscal Studies. So it’s not a matter of affordability, it’s a matter of priorities. If we can afford to lose over £10bn a year to tax cuts, we can afford to spend it to save lives.

But right now, the NHS is suffering a crisis manufactured by those seeking to profit from its decline. It allows politicians and the media to scapegoat patients, staff, and the concept of the NHS itself, rather than take responsibility for a crisis of their own making. And the unnecessary deaths of Iris Ann Day and others are the price we pay for those political choices.

– Donate to the JustGiving campaign for Iris Ann Day’s legacy.