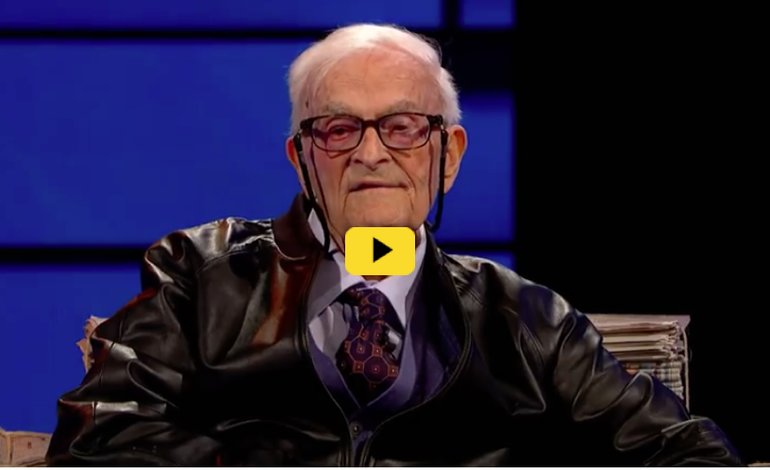 Harry Leslie Smith is a 94-year-old veteran of World War II, and knew the hardship of life before the NHS. In an interview for the Russell Howard’s Good News show, his two-minute tale of the life and death of his disabled sister made the case for the NHS better than anyone.

From workhouse infirmary to paupers’ pit

Describing life before the NHS, Smith explains that only those with enough money could see a doctor or go to the hospital. Everyone else was at the mercy of “local cures”, which were useless against the most common diseases of the time, like tuberculosis. When his sister Marion contracted the disease, the family could not afford to get her medical treatment.

With Marion disabled by the disease, the family had no access to a wheelchair either, so they pushed her around in a cart made of bamboo. Smith remembers sharing the cart with her, and trying to speak to her. But by then, the muscles in her throat had wasted away with the disease making her voiceless. And eventually, her care needs overwhelmed the family and they were forced to make an awful decision. He says:

It was really a very great tragedy. My mother looked after her for years, until in the end she said to my Dad, she said: ‘I’m sorry. I just can’t look after her anymore.’

So we called a horse and cart and put her in the back, and took her to the workhouse infirmary. And she died there. She was 15 or so.

And we didn’t have money to bury her so she was thrown into a paupers’ pit, which was used if you couldn’t afford a plot. It’s a real tragedy. And strangely enough, my father ended in a paupers’ pit in this city.

It was the commonplace tragedy of this life that inspired the creation of the NHS. The health service was built so girls like Marion could have medical treatment and wheelchairs; instead of short, brutal lives and lonely deaths.

Harry Leslie Smith is a relentless campaigner for social justice. The Harry’s Last Stand author recently made his case for progress in a new book Don’t Let My Past Be Your Future. And his words matter. His past will be our future if we fail to protect and advance the welfare state his generation built. So let’s do better. For ourselves, and each other.