George Monbiot takes down the myth that the Conservatives are patriotic. It's a must watch. [VIDEO] - The Canary 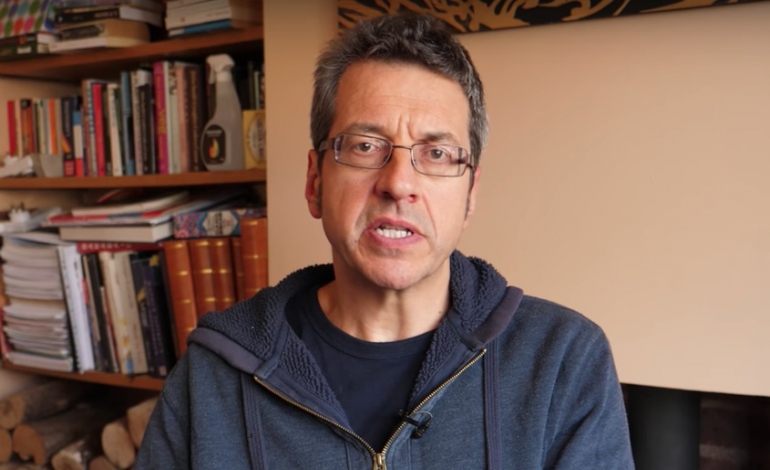 Media outlet Double Down News put out a video of Guardian columnist George Monbiot summarising his take on the current government. Monbiot tackles the myth that the Conservatives are patriotic, having the British people’s interests at heart. And his analysis is pretty scathing.

complete meltdown of a government whose great selling point was that they were strong and stable in the national interest.

The government is “falling apart in quite an instructive and interesting way”, Monbiot says [0:13]. He highlights everything that this government has done that has gone against the national interest. Monbiot argues [0:25] that:

The people who claim to be… the upholders of patriotism are actually the biggest subversives in the country.

In support of his argument about why the Conservatives are anti-patriotic, he underscores some examples. There is the Priti Patel scandal, which saw the former international development secretary discuss giving foreign aid money – funded by the British taxpayer – to the Israeli military.

Then we have International Trade Secretary Liam Fox making trade agreements with the US which, Monbiot says [2:00], could “rip down all our standards”. For example, Fox insists that chlorinated chicken imported from the US is safe for the British public to consume. Which isn’t exactly true.

There’s loads of housing stock desperately needed by the people of this nation and the government said ‘This is just going to go to the highest bidder wherever they might be’, and so it invites in the Russian oligarchs and the Saudi oil princes; and lets them buy up the very fabric of the nation which we need to live in. How’s that for the national interest?

Simultaneously, the government has been selling off council homes. “Basically, housing has just turned into a great big Monopoly board,” Monbiot argues [4:07].

When the Conservatives betray the national interest like this, any claim of being patriotic falls by the wayside. The ‘strong and stable’ party could soon collapse, according to the EU. And anti-patriotism has been a driving factor in it its demise.