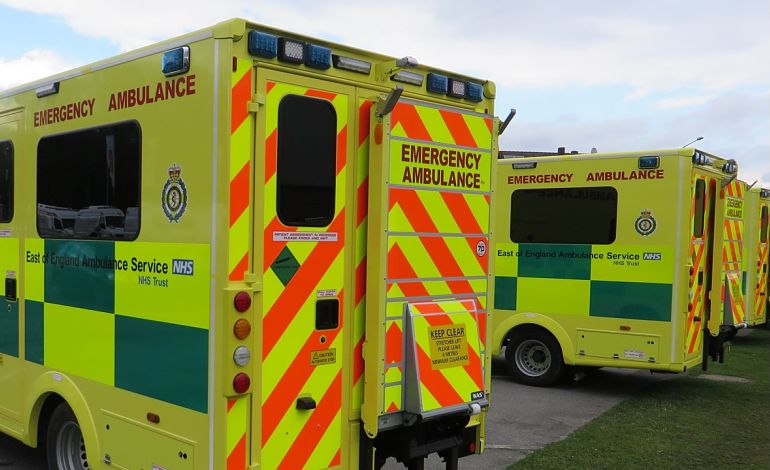 Staff at Milton Keynes University Hospital revealed to NHS campaigner Dr Ben White that the hospital is in “meltdown”.

been told Milton Keynes hospital in meltdown. So bad, a senior A&E dr asked to close hospital. &there were no ambulances serving MK for a time on Sat night due to queues at hospital. &staff genuinely fear for patient safety esp in the corridor.

But although Harrison said not to believe everything that White was told about the state of the hospital, he has admitted that “staff are working under incredible pressure”. Harrison also said:

The Canary asked Milton Keynes University Hospital to comment on the situation, but received no response.

Some doctors, however, stress that hospitals being in crisis fits in with government plans to sell off the NHS to private companies. As John Nedham wrote for The Canary last year, winter pressures on the NHS are entirely predictable so the chaos should be avoidable.

As The Canary previously reported, the UK’s oldest MP, Dennis Skinner, said that Health Secretary Jeremy Hunt is trying to:

lose all those beds in the hospitals forever so that the private sector can move in and take the lot.

Hunt denied the accusation. But this isn’t the first time this claim has been made. British Medical Association (BMA) members said Theresa May and Hunt are “consciously” underfunding hospitals “in order to accelerate [the government’s] transformation plans for private sector takeover of healthcare in England”.

Meanwhile, the BMA claims the government is shifting the blame onto doctors to “distract the public” from an NHS “under severe and intense strain”. Again, the Department of Health denied the claim, saying it “sadly has no relationship with reality”.

NHS England’s national medical director Prof Sir Bruce Keogh has also reassured the public that the government is not planning for the wholesale privatisation of the NHS. Yet at the same time, private companies have won nearly 70% of the NHS contracts tendered in the last year.

The campaign against the privatisation of the NHS continues. But to prevent even more hospitals in crisis, the problem of chronic underfunding needs to be addressed.

UPDATE: Milton Keynes University Hospital has asked us to refer readers to this statement on its website.