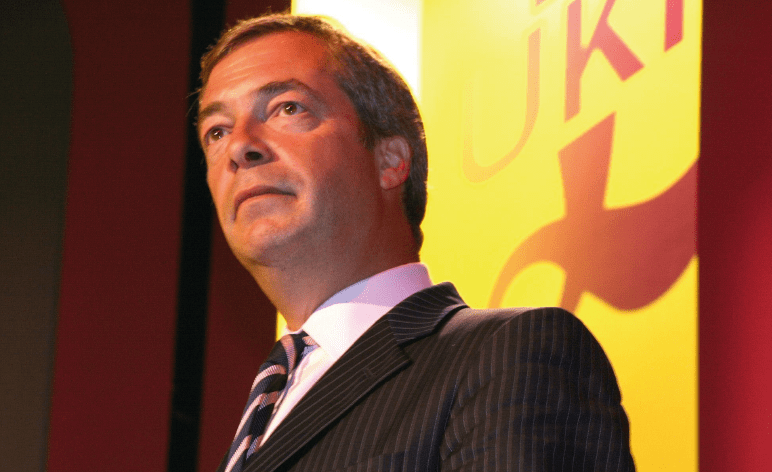 Nigel Farage will meet the EU’s chief Brexit negotiator Michel Barnier on Monday 8 January. In preparation for this, he released a video crowdsourcing questions. The results have been pretty much exactly what you’d expect.

I'm meeting EU chief negotiator @MichelBarnier on Monday and I want to involve the 17.4m. Send me your questions below using #AskBarnier. pic.twitter.com/u04mg2UxTD

The responses have been predictable to anyone with either a Twitter account or the ability to think things through: 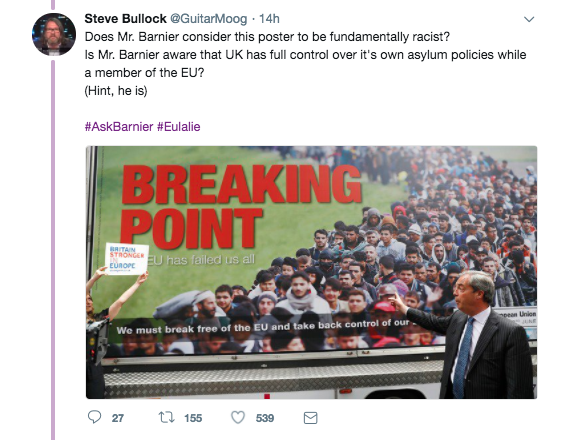 Some people wanted to know more about the accusations that UKIP MEPs potentially misused EU funds:

Other comments drew attention to Farage’s recent support for the US Republican Roy Moore:

Although peppered in between such comments was the occasional question from someone who actually agreed with Farage’s viewpoint:

In writing to Barnier, Farage said:

It seems that you are listening to a group of people who want to stop or delay Brexit.

I will come to speak for the 17.4 million who did not vote for a transition deal or any further delays and whose resolve is getting stronger.

The video is branded with the name of the radio station Farage works for – LBC. Farage will be meeting Barnier as an MEP though rather than as a radio personality, which somewhat blurs the line between his two careers.

Sending Nigel Farage to Brussels to sort out Brexit is like sending an arsonist to put out a house fire.

I’d like to be a fly on the wall in that meeting but yeah – why not, he’s perfectly entitled to see him.

As an MEP, Farage has every right to request a meeting with Michael Barnier. Whether said meeting will yield results is another matter.

Which suggests that Farage has finally realised that the largest trading bloc in the world may actually have more negotiating power than we do.