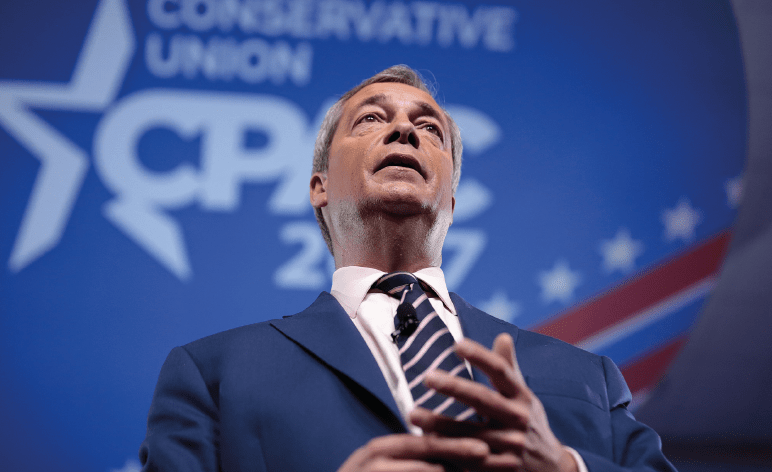 2016 was a good year for Nigel Farage. Beginning with Brexit and ending with the election of Donald Trump, it seemed like everything was going his way.

2017 is ending less well. His hopes of a ‘hard’ Brexit seemed over by 8 December, and on 13 December an American politician he was backing for a Senate seat in Alabama spectacularly lost. The politician was Roy Moore. And Farage’s misplaced support could have lasting damage. Because multiple women have accused Moore of sexual abuse.

Moore has frequently been described as a ‘firebrand‘ in the media. What this translates to is that Moore has put himself in opposition to LGBTQ+ people, Muslims, and the US constitution itself.

The former Chief Justice of the Supreme Court of Alabama also had several allegations of sexual abuse levelled against him. Several of these were from women who would have been underage at the time. Despite the severity of these allegations, Moore still enjoyed support from Donald Trump, elements of the right-wing media, and Breitbart executive chairman Steve Bannon. He also had the backing of Nigel Farage.

Speaking to The Independent about Moore and the allegations against him, Farage said:

…I think a lot of reasonable-minded people will ask ‘why now’.

Many in the Republican Party are blaming Steve Bannon for the loss, as both he and Breitbart pushed Moore. And it is seen as a real loss, as Moore’s defeat marks the first time Alabama has voted for a Democrat senator in 25 years. It also narrows the Republicans’ lead in the Senate to 51-49.

Before we get the results, I'd just like to thank Steve Bannon for showing us how to lose the reddest state in the union and Governor Ivey for the opportunity to make this national embarrassment a reality

I hope Trump would trust Bannon less after Alabama…

Bannon doesn’t have his finger on any pulse — he’s a leech on the a– of power, not a brilliant orchestrator of political events. … Why Trump would trust Bannon’s political instincts is beyond me.

Any diminishing of Bannon is also bad news for Farage’s international reputation. The former UKIP leader is linked into American politics via Bannon and Breitbart. Bannon is unpopular among many establishment Republicans, and if he loses favour with Trump, it’s likely that Farage will lose favour too.

The government’s widely reported move towards a softer exit from the EU is Farage’s other humiliation. Because when Theresa May and the EU reached a ‘breakthrough‘, the likes of Farage were less than happy as it seemed to pave the way for soft Brexit.

The British PM flying through the night to meet 3 unelected men and agree to every single one of their demands is humiliating for our country. pic.twitter.com/4vQ1P4D8rs

Farage has since warned [paywall]:

I fear Brexit at some point in the future will need to be refought all over again,

In 2017 Farage spoke at a far-right rally in Germany. He warned that Americans should be more worried about the Jewish lobby than Russia. And he supported a man accused of multiple accounts of sexual abuse.

The signs at the end of the year suggest his influence may be waning. Here’s hoping that 2018 is the year that finishes him.