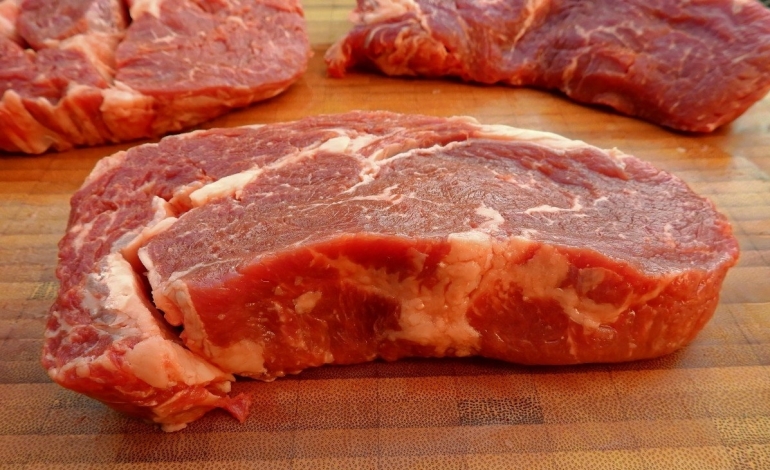 A professor has written on the London School of Economics blog about how Brexit could make our food less safe. There has been a focus on chlorine-washed chicken and hormone-treated beef being imported from the US post-Brexit. But the health risks of meat go much deeper than this.

Erik Millstone, Emeritus Professor of Science Policy at the University of Sussex, points out how a trade deal with the US post-Brexit could mean food products currently banned in the EU end up in British supermarkets. The EU has banned imports of chlorine-washed chicken and hormone-treated beef for health reasons.

Millstone also stresses that we could end up consuming more meat that’s been treated with antibiotics. Last month, Sustain – the UK food and farming body – found that US farmers had increased their use of antibiotics on livestock by 26% in the five years up to 2015, while in the UK it dropped by 27% in the past two years. So British farmers worry that, after leaving the EU, this trend in the UK could change – for the worse.

As The Canary has previously reported, the use of antibiotics in factory farming is a driving force behind antibiotic-resistant superbugs. Around 50,000 people in Europe and the US die every year from infections resistant to drugs. If livestock continue to be treated with antibiotics, and we keep eating those animals, then this figure could rise dramatically, which Chief Medical Officer for England Dame Sally Davies warns is likely to happen.

Even if the UK banned all US imports of meat, this wouldn’t eliminate the dangers of antibiotic-resistant superbugs. Although UK farmers are using antibiotics less on their livestock compared to five years ago, most big supermarkets are reportedly failing to reduce their use on farms in their supply chain.

The World Health Organization (WHO) has called antibiotic resistance “one of the biggest threats to global health”.

Banning US imports of meat also won’t put an end to factory farming in the UK, which, as The Canary previously reported, can lead to the spread of zoonotic diseases (those that spread between animals and humans).

Also, an investigation recently found that staff at the UK’s largest supplier of poultry were placing incorrect use-by dates on its products. These chickens then ended up on the shelves at supermarkets like Tesco, Sainsbury’s, Aldi, Lidl and Marks & Spencer.

And the health risks don’t end there. As Cancer Research UK highlights on its science blog, cooking processed meat at high temperatures can increase the risk of certain cancers, including bowel cancer. This is because a lot of processed meat (but not all) contains preservatives known as nitrites. When cooked, these nitrites can turn into cancer-causing (carcinogenic) N-nitroso compounds.

Do we need a meat tax?

The possibility of chlorine-washed chicken and hormone-treated beef making it to UK shores is concerning. But existing practices within the meat industry in the UK also can’t be ignored. A recent report says that if we want to curb health risks such as cancer, antibiotic resistance and bird flu, then a meat tax will be “inevitable”. It’s not clear if taxing meat, like how we tax tobacco, will be enough to avoid the worst health outcomes of factory farming and meat production. But it could be a step in the right direction.

– Read more articles from The Canary on factory farming.