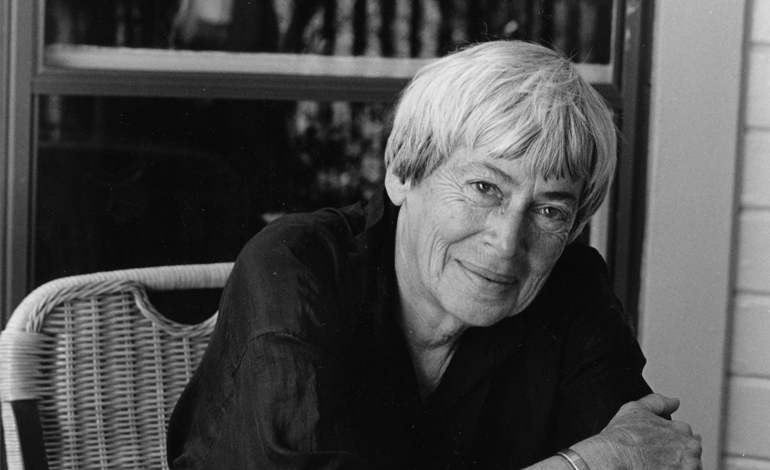 The death of US writer Ursula K. Le Guin was announced on 23 January. Her science fiction and fantasy novels – including The Left Hand of Darkness, The Dispossessed, and the Earthsea series – reached critical acclaim. Le Guin also identified with anarchist politics. But this is one thing her obituaries in the mainstream press have neglected to mention.

Le Guin’s fiction explored wide-ranging themes including “Taoism, feminism, anarchy, psychology and sociology”. And her reputation escalated following the publication of A Wizard of Earthsea in 1969. Le Guin became a “literary icon”.

Usula K. LeGuin, one of the greats, has passed. Not just a science fiction writer; a literary icon. Godspeed into the galaxy.

This status is reflected in the number of high profile obituaries on her. The Guardian, the BBC, The New York Times, The Financial Times, and The Telegraph (amongst others) all published commemorations. Many speak of Le Guin’s feminism and explorations of gender identity. But anarchism – a politics that “aims to create a society within which individuals freely co-operate together as equals” – was also key to her writing and life.

Speaking with The Paris Review, Le Guin explained [paywall] that her path to anarchism started with pacifist activism such as “antiwar protests, Ban the Bomb and all that”. It led her to discover writings by important anarchist writer Peter Kropotkin. And she then realised there was a lack of fiction exploring anarchic utopias. Le Guin went on to publish The Dispossessed.

But her relationship with anarchism didn’t end there. She continued writing short stories such as The Day Before the Revolution, set in the same universe as The Dispossessed, and the novel Always Coming Home. Le Guin described this book as “more deeply anarchist” than The Dispossessed.

In an article on Public Books, the form of Le Guin’s novels is seen as reflecting anarchist values:

One implication of Le Guin’s anarchist commitment to story over plot is that centers never hold… the stories that fill her books attest to her sense that messy old life has a way of refusing the neatness that plot demands.

Outside writing, Le Guin joined anarchist writer Margaret Killjoy in 2010 to speak about anarchism in fiction. In 2012, she spoke highly of anarchists in the Occupy movement. And her official website hosts the lengthy essay Postmodern Anarchism in the Novels of Ursula K. Le Guin.

The writer disputed the label of anarchist because she “entirely lack[ed] the activist element”. But she said she felt “touched and… unworthy” for being ‘claimed’ by anarchists. And UK anarchist newspaper Freedom said in its obituary:

From the ’70s onwards her writing, which embraced a huge range of progressive topics, remained a lodestone for anarchist authors worldwide.

Obituaries barely mention this deep two-way relationship. But Le Guin is not only one of the English language’s most important writers. She is also one of anarchism’s most important creative voices. And that shouldn’t be whitewashed.

– Check out To Change Everything by Crimethinc for a short introduction to anarchism.

– Read more about the arts at The Canary.