The UK media ignored today's big anniversary. Because it puts them to shame [VIDEO] - Canary 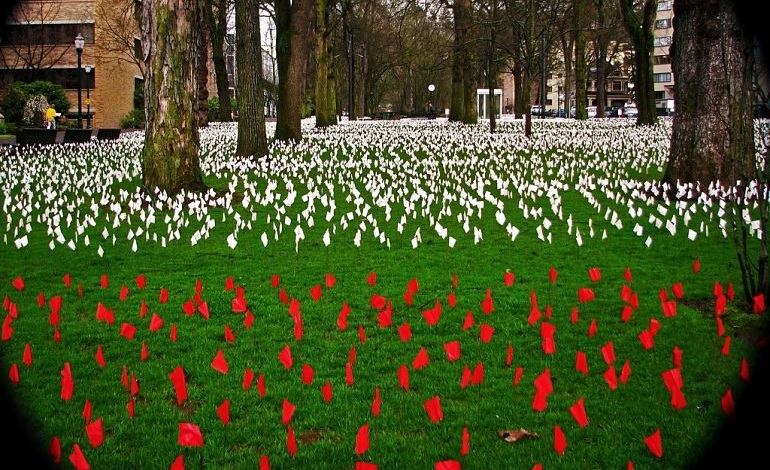 The UK media ignored today’s important anniversary, because it puts them to shame. But a recently released video helps to bring their guilt back into the spotlight.

It is now 14 years to the day since the invasion of Iraq. The conflict caused hundreds of thousands of Iraqi deaths. It brought chaos to the region. And it put a rocket booster under global terrorism.

So 20 March is a day to remember. Not only because of the lives that were destroyed by that fateful decision. But also because it reminds us of how important it is to have leaders who listen to their citizens; and why we need a media that serves the people rather than those in power.

We had neither of these things in 2003. Despite millions marching against the invasion, then Prime Minister Tony Blair and former US President George W Bush were determined to wage that war. And the establishment media on both sides of the Atlantic aided them in doing so.

Those outlets misled the public. And they savaged any politicians who didn’t fall in line. Essentially, they helped to manufacture consent for that war. And their support for the continuation and expansion of war shows that not much has changed since 2003.

We have their number

But we do at least now know what they’re up to. And Al Jazeera, Noam Chomsky, and Democracy Now‘s Amy Goodman recently got together to expose their methods.

Earlier this month, Al Jazeera released a video called The Five Filters of the Mass Media. It’s an animation by Pierangelo Pirak – narrated by Goodman – that explains the filters Chomsky and Edward Herman wrote about in the 1988 book Manufacturing Consent. Those filters shape the stories that mainstream media outlets deliver to the public.

They are ownership, advertising, the establishment, the ‘flak‘ encountered by the media if they “stray away from the consensus”, and the enemy.

Chomsky and Herman’s book is, of course, an academic work. And as such, it grounds itself in data and analysis that a brief animation cannot communicate fully. But the video is certainly a digestible summary of the propaganda model.

In the case of the Iraq invasion, Saddam Hussein was the official ‘enemy’ – in line with the final filter. But the establishment’s real adversary was the people. Because in order to wage that senseless war, it had to mount a propaganda battle for the public’s mind.

These filters explain why it did so. And they also explain why the media is trying to let this anniversary pass quietly by.

– See more on the invasion of Iraq at The Canary Global. And visit our Facebook and Twitter pages for more international coverage.