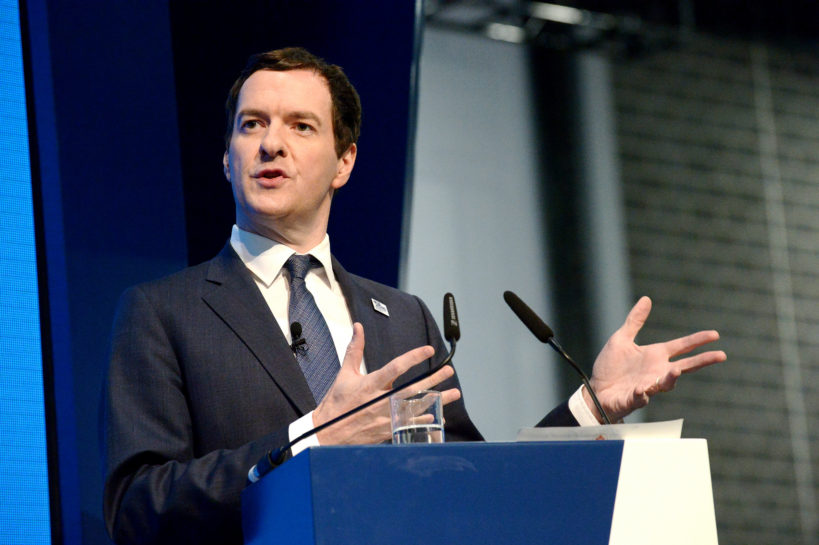 Pressure is mounting on former Chancellor George Osborne to “pick one job”. Last week, it was announced that Osborne will be the new Editor of The Evening Standard. But he is planning to remain an MP. And keep his other jobs. They include an eye-watering £786,450 from giving speeches between September 2016 and January 2017. And his new role with BlackRock, the world’s biggest fund manager, will pay him £650,000 a year for working four days a month.

In just three days, a petition demanding Osborne “pick a job” has reached over 182,000 signatures. This would be enough to trigger a parliamentary debate had it been a parliamentary petition.

The petition was started by someone living in his constituency of Tatton. It states:

But he’s already got a full-time job as an MP, representing tens of thousands of people who live in his constituency, including me.

It asserts that the arrangement with The Evening Standard is that Osborne works for them in the morning and parliament in the afternoon. But as the petition concludes:

But what about when he needs to be an MP in the morning? No other full-time job would let you just work afternoons. And when it comes to standing up for constituents – helping someone in need or providing vital support to struggling families – that should always be George Osborne’s number one priority.

Meanwhile, a Twitter campaign to #BinYourStandard saw people take to social media to show themselves doing exactly that – binning the paper in protest.

From 5pm on Monday 20 March, people were encouraged to:

Take a picture of yourself putting a copy of the Evening Standard in a recycling bin and tag @EveningStandard and @George_Osborne on Twitter, as well as any other social media you’re on!

And the reaction led to the hashtag trending on Twitter:

Hey @EveningStandard & @George_Osborne Can we stop pretending this isn't a huge conflict of interest in the 21st century? #BinYourStandard pic.twitter.com/LZKxFlh9Q9

And others pointed out recycling is even better:

Not just a London issue

The Evening Standard is a free London paper. But it’s not just a London issue. Like much of the media in today’s world, its content is also viewed online. Meaning that millions of people read its articles, regardless of whether or not they live in London.

A man who hasn’t voted against the Conservative Party in 25 years is now in charge of editing a daily paper. That’s a huge conflict of interest. But the parliamentary ethics committee is looking into the matter, and is considering asking him to either decline or delay starting his new role. And public opinion on the matter is clear. It’s time for Osborne to make a decision and pick one job.