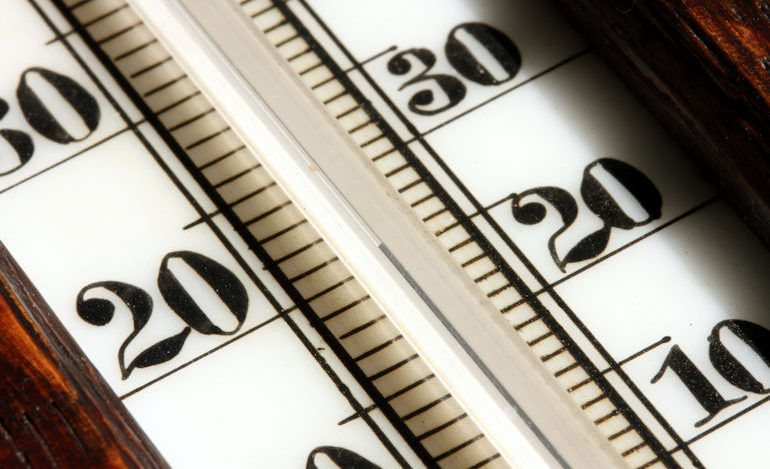 It’s official: 2016 was the hottest year ever recorded. It doesn’t stop there, either. The World Meteorological Organization (WMO) State of the Global Climate report, released on 21 March, adds that 2017 is ploughing its way into the history books already, with record heating in the oceans and atmosphere.

This is “uncharted territory”, according to WMO scientists. 2016 was 1.1°C warmer than the pre-industrial period. This is alarmingly close to the 1.5°C cap on warming signed off in the 2015 Paris Agreement. Some pretty unprecedented regional extremes were also recorded, especially near the poles. Mean annual temperature in Arctic Svalbard was a whopping 6.5°C higher than the 1961-1990 baseline.

These balmy conditions set the scene for sea ice extent to hit record lows. The 2016 Arctic winter maximum was the lowest since satellite measurements began. And it took much longer to start freezing over after summer.

Sea level has risen by about 20 cm since 1900, due in equal measure to melting ice caps and glaciers, and to thermal expansion (warmer water takes up more space). It rose by 15mm in 2016 alone. This might not sound like much, but this rate is five times greater than the trend seen since the 90s.

These jaw-dropping stats are partly explained by the El Niño phenomenon. El Niño can typically add 0.1-0.2°C to annual average temperatures, and contributes to regional extremes. However, the trend is continuing into 2017, despite the weakening of El Niño’s effects. Figures from the National Oceanic and Atmospheric Administration show that February this year was the second warmest on record. And both Antarctic and Arctic sea ice bottomed out at another record minimum in February. This is the first time minimum ice extent has occurred at both poles at the same time.

Meanwhile, in keeping with his anti-science agenda, Donald Trump’s administration is busy dismantling the US response to climate change. The recently released budget proposal [pdf] recommends $100m of cuts to programmes designed to tackle climate change, channelling funding instead into military and security programmes.

Trump wants to cut the Environmental Protection Agency’s budget by $2.6bn in 2018, representing a 31% funding cut. He also plans to “reorient” the agency to focus more on air pollution, skirting the issue of climate change. Mick Mulvaney, Director of the Office of Budget and Management, called spending on climate change “a waste of your money”.

So it seems like we can look forward to another four years of extremes – in politics and in climate.