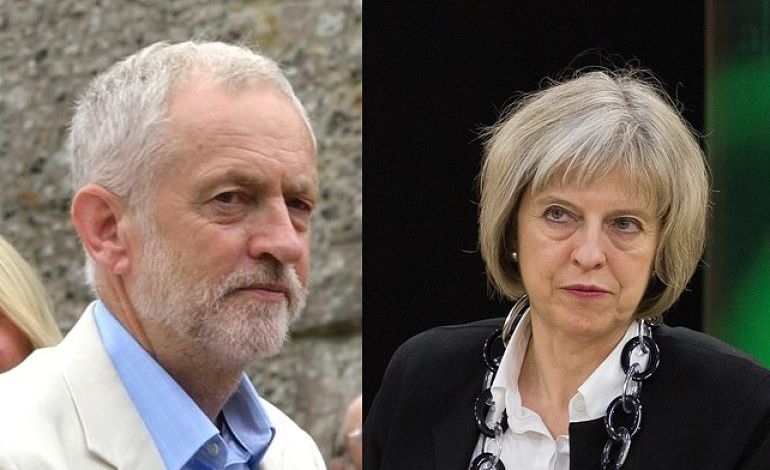 The Daily Mail tried to attack Labour leader Jeremy Corbyn over his tribute to Martin McGuinness. But it ended up laying into all party leaders instead, including Prime Minister Theresa May.

Such is the shortsightedness of the smear machine. It’s so quick to churn out slurs, it doesn’t check who they might stick to.

Responses to the news of his death were swift, and varied. His role in the IRA led some to celebrate his passing. His efforts in the Northern Irish peace process drew praise from others.

The Mail published an article on Corbyn’s tribute to McGuinness. And it detailed some responses. The article read:

Corbyn, The Mail explained, had first tweeted about McGuinness’ death. And then he released a longer statement, according to The Mail. It included:

Martin McGuinness played an immeasurable role in bringing about peace in Ireland, after years as a key protagonist in the tragedy of the conflict.

Martin played an absolutely crucial role in bringing about the Good Friday Agreement and a peace process which, despite difficulties, remains an example throughout the world of what can be achieved when the will is there.

And the Labour leader faced “fury” for that response, The Mail said. But the tributes from other party leaders all pretty much followed the same pattern.

It was a pattern, however, that The Mail didn’t acknowledge.

Not Corbyn? No fury here

May, for example, said she couldn’t “condone” McGuinness’ IRA past. But of his role in the peace process, she commented:

he made an essential and historic contribution to the extraordinary journey of Northern Ireland from conflict to peace.

He [McGuinness] grew up in Northern Ireland’s troubled past – but without his hard and brave work to bridge the divide, peace would not have been achieved.

Martin McGuinness, for all his past, became a statesman.

Peace in Northern Ireland is down, in part, to his leadership of the Republican community.

Laying blows, no matter how low

Yet The Mail chose not to include these tributes – or any response to them – in its article. It did, however, point out that Corbyn had some contact with McGuinness through the years. But it also neglected to mention the major contact between McGuinness and then Labour leader Tony Blair in the 1990s and onwards. Talks that brought the Good Friday Agreement into being.

In short, The Mail used the fallout from McGuinness’ death as another stick to beat Corbyn with. That’s a very low blow. And it’s one that does a great injustice to all parties involved.