An important trade event takes place, but its target audience is banned from attending - Canary 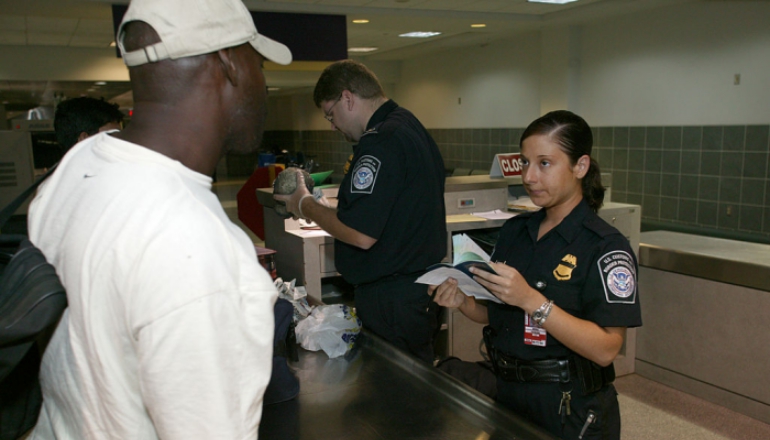 Between 16 and 18 March 2017, the African Global Economic and Development Summit took place in California. And this year, the trade show had a focus on “clean energy, climate change and poverty reduction”. But there was one small problem. No African citizens were able to attend, as the US rejected every single one of their visa requests.

According to event organiser Mary Flowers, around 60-100 people were denied visas. They came from countries like Nigeria, Cameroon, Angola, Ethiopia, Sierra Leone, Guinea, Ghana, and South Africa. In the past, only around 40% of those wishing to attend have been denied visas.

These trade links create jobs for both America and Africa. It’s unbelievable what’s going on.

And she said that delegates from African countries on Trump’s travel ban list – Somalia, Sudan and Libya – didn’t even apply for visas. She continued:

I don’t know if it’s Trump or if it’s the fact that the embassies that have been discriminating for a long time see this as an opportunity, because of talk of the travel ban, to blatantly reject everyone.

We cannot speculate on whether someone may or may not be eligible for a visa, nor on any possible limitations… Applications are refused if an applicant is found ineligible under the Immigration and Nationality Act or other provisions of US law.

brings countries from all over Africa to California to showcase their trade ready projects that are in need of technical assistance and investment partners.

But this is somewhat difficult if the US refuses entry to all potential African participants.

The website also talks about the impact of climate change on African countries, saying:

No continent will be struck as severely by the impacts of climate change as Africa. Africa’s human existence and development is under threat from the adverse of climate change – its population, ecosystems and unique biodiversity will all be the major victims of global climate change.

This denial of visas for African delegates is extremely worrying. And their absence from the trade event is simply obscene, to say the least. But as some have pointed out, this wouldn’t be the first time Americans have made decisions about Africa without consulting its people.

– See more on Africa at The Canary. Also check out more Global articles on Facebook and Twitter.