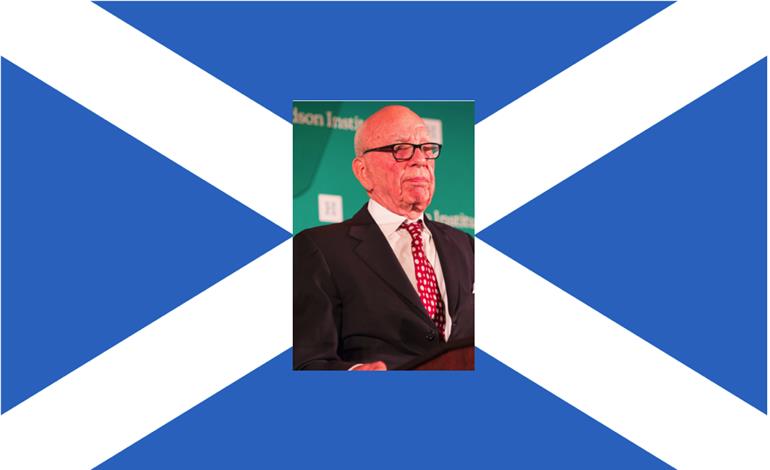 Rupert Murdoch messed with Liverpool once, and the city has boycotted his newspapers ever since. Now he’s tried the same stunt in Scotland. And it did not go well.

The Australian-born media mogul is driving full force against Scottish Independence. Whether pro- or anti-independence, we should all agree that the decision should be made by Scotland. And not by billionaire overseas media magnates.

Many viewers have found the tone and content of Sky News coverage offensive. But the breaking point came with a bizarre poll that said Theresa May was more popular in Scotland than Nicola Sturgeon. The poll directly contradicted a YouGov poll shared by Sky just days earlier: 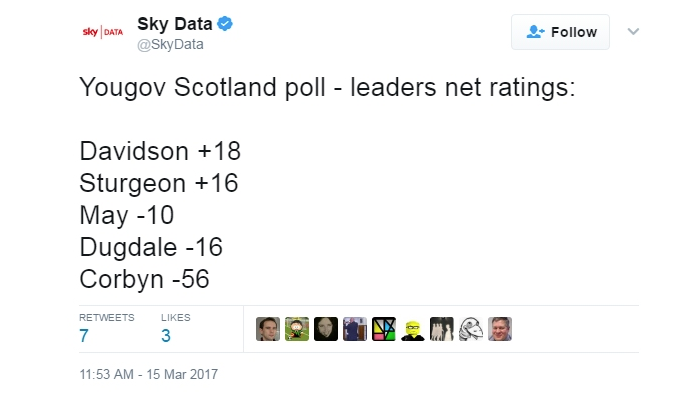 It also directly contradicts similar polls by Panelbase and Ipsos Mori. Both of which placed Sturgeon’s popularity way ahead of Theresa May.

The coverage was the final straw for voters, who kicked off a mass cancellation of Sky subscriptions.

Dear Sky TV, just cancelled my £50 a month because of #skynews coverage of #ScotRef I recommend every indy support does the same. @SkyNews

It’s too early to fully assess the scale of the cancellations yet. But The Canary will follow the boycott as it develops. Scottish readers have also crowdfunded over £108,000 and counting for independent news site Wings Over Scotland, to counter the mainstream media narrative. Wings joins Commonspace and others in a thriving alternative media landscape in Scotland.

Things could not be more different in Westminster, with Murdoch getting more face time with the government than any other media proprietor. Murdoch met with the Prime Minister or Chancellor no fewer than 10 times in the last year. This induced a secret private meeting between Theresa May and Rupert Murdoch in New York last September.

This compares to seven sit-downs with the BBC, and four with Russian oligarch Evgeny Lebedev who owns The London Evening Standard and The Independent.

Coincidentally, things have gone very well for Murdoch during this time:

The government is allowing him to renew his previously thwarted bid to fully own BSkyB.

The Brexit vision Theresa May unveiled is so close to ours we couldn’t have written it any better.

The Prime Minister snubbed the BBC to grant her first interview of 2017 to Murdoch’s Sky News.

And May even penned pro-Brexit and anti-independence columns for Murdoch-owned outlets The Times and The Sun.

Downing Street and the Murdoch press claim the choice Scotland faces is the union or death. This isn’t true. As former Bank of England Governor Mervyn King stated this week, Scotland can survive, and thrive, as an independent country. The question for Scotland is whether its people want to. Each voter should make that choice freely, based on the best and most accurate information available. And not the scare stories of a terrified Westminster establishment.

Have you cancelled subscriptions to a media outlet over recent political coverage? If so, get in touch and tell us your story at [email protected]