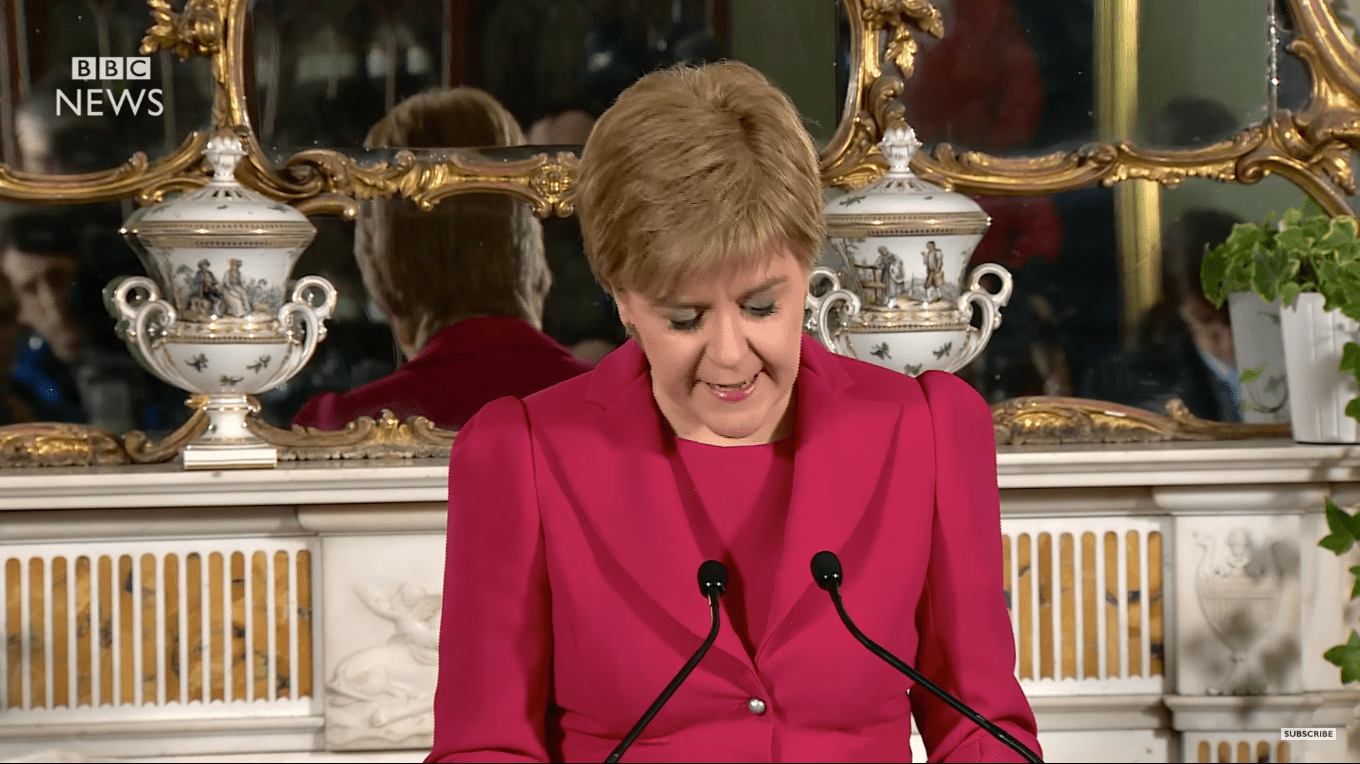 Scottish Labour are not in a good position. They have gone from being the biggest party in 2005 to having only one MP in 2015. And recent polling suggests the Scottish Conservatives have doubled their lead, while the SNP eclipses them by nearly four times.

But this didn’t stop Neil Findlay MSP from tweeting the following image. An image that is unlikely to appeal to Scottish Labour’s remaining supporters – let alone win more voters back: 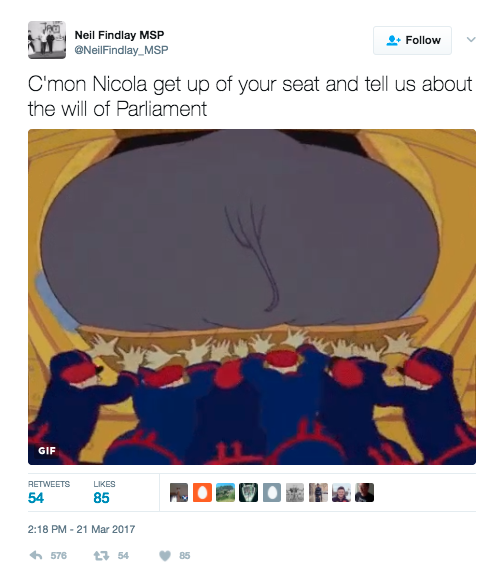 The “get up [off] your seat” reference relates to an encounter in Scottish Parliament between Findlay and Sturgeon in which he says:

You may not agree with Findlay’s point. But it was a piece of political grandstanding that was likely to grab people’s attention. Which he subsequently managed to overshadow with a joke about the First Minister having a fat arse.

But ultimately, the low point isn’t just that Findlay made a graceless joke that enforces misogyny in British politics. It’s also that a prominent MSP would put this message out with no awareness of how badly it would reflect on himself and his party.