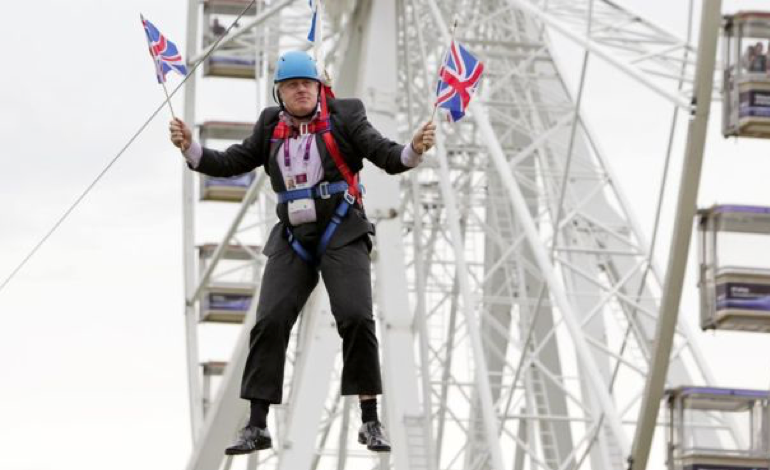 Norway leads the world in almost every measure of civilisation. In fact, it just ranked first place in the World Happiness Report. And this is how batshit crazy UK politics looks to a citizen from Norway’s mature social democracy.

Jonas Fossli Gjersø, a history lecturer at the London School of Economics, aired his views in a September 2016 essay for openDemocracy. The essay resurfaced this week on social media, for good reason. He writes:

As a Scandinavian who has spent more than a decade living in Britain, nothing has made me feel more foreign than observing the current Labour leadership election. From his style to his policies Mr Corbyn would, in Norway, be an unremarkably mainstream, run-of-the-mill social-democrat. His policy-platform places him squarely in the Norwegian Labour Party from which the last leader is such a widely respected establishment figure that upon resignation he became the current Secretary-General of NATO.

Yet, here in the United Kingdom a politician who makes similar policy-proposals, indeed those that form the very bedrock of the Nordic-model, is brandished as an extremist of the hard-left and a danger to society.

So who is right? Is the Norwegian Labour movement some dangerous extremist group that unknowingly has occupied the furthest leftist fringe of the political spectrum? If so, a casual glance at the UN’s Human Development Index would suggest that Norway certainly has not suffered as a result of successive Labour-dominated governments. Or is it, perhaps, that the British media’s portrayal of Corbyn, and by extent his policies are somewhat exaggerated and verging on the realm of character assassination rather than objective analysis and journalism?

They are the experts

Gjersø is right. Just as in the United States, a unanimously neoliberal media has worked to make socialism a dirty word. What makes this all the more remarkable, is that evidence of the opposite is all around us. It was a socialist government that built our nation’s greatest achievements. The NHS, social housing, the state education system, pensions, benefits for those unable to work or find work, public transport. These were not gifts of capitalism, but built by socialism. And built when Britain was at its poorest, in the aftermath of the Second World War.

Sharing works. And it is true all around the world.

Social democracies distribute their wealth more equally, and end up with a much broader middle class, and far fewer citizens in poverty. They have better educated, healthier, happier, more productive societies as a result. They have less corruption, and greater environmental sustainability too. Bottom line: they are further advanced civilisations than our own.

Meanwhile, the UK slides its way down the table into oblivion.

So if social democracy produced our most-cherished institutions, what’s with the hostility?

A manifesto that Gjersø describes as being almost identical to one from the most successful model in the world is derided as ‘loony leftism’ in Britain. And the reason is our media.

The Media Reform Coalition published a report in 2015 entitled: “Who owns the UK media?” And researchers found that just three corporations own 71% of national newspaper circulation. These owners decide who to hire, what stories to cover, and ultimately shape the public opinion of the country.

The head of the BBC (our nation’s supposedly impartial public broadcaster) is the former HSBC bank chief Rona Fairhead. And her Head of News and Politics is former Murdoch hack, James Harding. Little surprise then, that numerous independent studies have found the BBC guilty of bias towards business and conservative sources. And hostile to left-wing ideas and guests.

The board of the so-called centre-left Guardian looks like a who’s who of the UK establishment. You can see the full membership of the board here. The impact of this has been a restraining force on The Guardian’s editorial stance on issues from austerity to tax avoidance and evasion. Forbes, and The Bureau of Investigative Journalism have produced detailed and shocking reports of the paper’s own use of tax loopholes to exploit the tax system in its favour. Media Lens has covered The Guardian’s role in demonising the movement for Scottish independence. And here is an extensive list of the unprecedented abuse the paper has meted out to Jeremy Corbyn and his supporters.

That’s all before we even get to the likes of The Times, the Telegraph, The Sun, and The Daily Mail – where things get really murky.

We did not just enter a “post-truth era”. We have been in one for some considerable time. It is the only way a majority of UK voters would install a government so hostile to their interests. A government elected on the promise to cut their pay, their pension, their welfare state, and the basis for their human rights.

The purpose of our media is to drip-feed misinformation to us so that we’ll agitate against our own interests. As Noam Chomsky once wrote:

Propaganda is to a democracy what the bludgeon is to a totalitarian state.

And it’s long overdue that we cut the cord, and trusted ourselves and each other again.