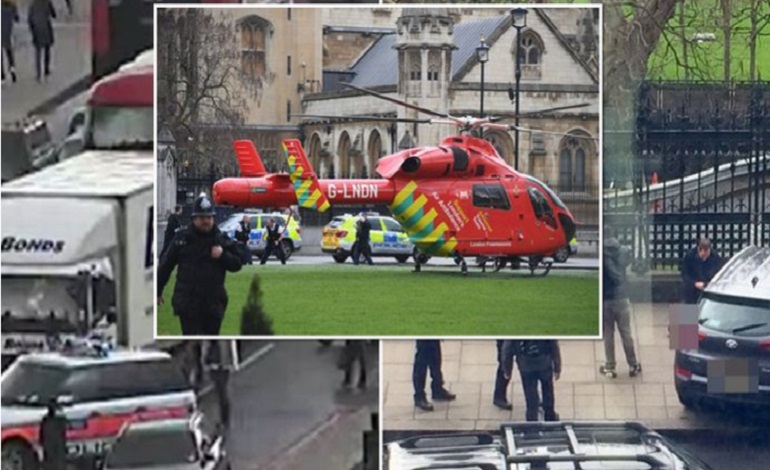 MPs have spoken about how it was “bedlam and commotion” at parliament immediately after an attack took place on Wednesday 22 March.

It appears everyone inside of parliament was kept there as the incident unfolded. MPs are not usually allowed to take photos in the chamber, but some have been sharing images of the ‘lockdown’:

I was outside in the yard about to go in for a vote when we heard a loud bang. The police were very quick, they reacted instantly and told us to get to the ground. I didn’t see anything as I was on the ground, but I certainly heard the bang. This is clearly an attack on Parliament, but the people responsible must know they will not succeed, they will not be allowed to defeat democracy.

“This can’t be real”

The Division Bell had just gone and MPs were making their way to the House of Commons chamber. I was walking from Portcullis House along the path of Old Palace Yard when suddenly shots rang out. It takes a moment to realise that is actually gunfire and at that point people were yelling get down get back.

We can’t go in or out. I was in the area where the incident happened. We heard gun shots. We dropped to the floor. I heard the shots and I thought this can’t be real. I was behind a pillar and I thought I will take a chance and run back to Portcullis House.

My statement on the ongoing incident in Westminster. Our thoughts are with the victims, their friends and families pic.twitter.com/Fo5WNXHWPI

Locked in Commons with fellow MPs. Thoughts with innocent people hurt today and thanks as ever to Police & other staff working so hard here.

The Metropolitan Police said they were treating the incident as a “terrorist” one, until they “know otherwise”.

A man was shot and several people were also run over on Westminster Bridge during the incident, which began at around 2.45pm.

BBC News has reported that one woman has died, and “a number of others have been hurt – including some with ‘catastrophic’ injuries – in the incident”. Both Houses in Westminster, the Scottish parliament, and the Welsh Assembly have all been suspended.

Police are appealing for any members of the public who may have images or footage of the incident to send them to this address: www.ukpoliceimageappeal.co.uk