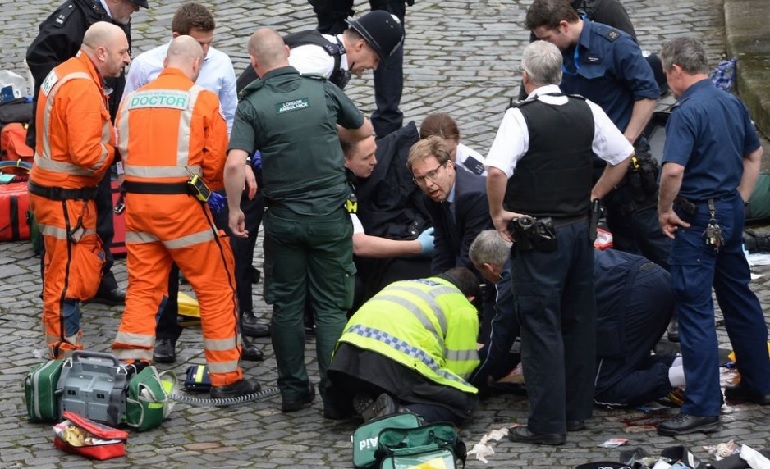 Amid the attacks in Westminster on 22 March, one MP stepped up to try and save one of the victims.

MP Tobias Ellwood tried to save the life of a police officer who an unknown attacker stabbed just inside the gates of the parliamentary estate.

Ellwood is a former soldier and is currently Parliamentary Under-Secretary of State for the Foreign and Commonwealth Affairs Minister for the Middle East and Africa. A source close to him told The Telegraph that he:

tried to give mouth to mouth and stem blood flow from multiple stab wounds to the officer until the chopper and medics arrived.

According to the BBC, Ellwood said the officer died at the scene.

Details of the attack are still coming in. A vehicle ploughed into pedestrians on Westminster bridge, before charging the gates of parliament. In addition to the police officer and attacker, the deaths of two other people have also been confirmed.