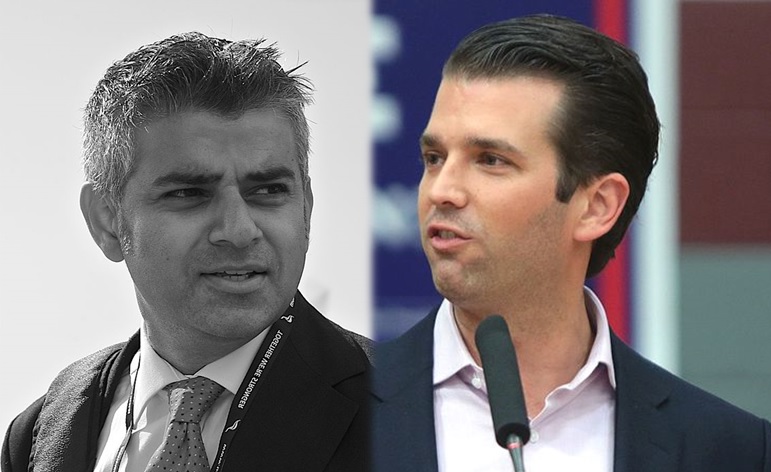 While US President Donald Trump seemed to exercise restraint on Twitter in the wake of the 22 March Westminster attacks, his oldest son did not.

Donald Trump Jr. and his brother Eric are currently trustees of The Trump Organization, running the company during their father’s presidency. But after the attacks in London on 22 March, Donald decided to dive into political commentary. Using the opportunity to lay into Mayor of London Sadiq Khan, he tweeted:

But this was misleading, to say the least.

What Sadiq Khan actually said, and when…

Channel 4‘s Ciaran Jenkins was just one of those to point out the inaccurate and unconstructive nature of Trump Jr’s tweet:

Is this helpful @DonaldJTrumpJr? Did you even read the article before goading London's Mayor during a live incident?https://t.co/Sm68UOcJQG

Apparently, Trump Jr had taken Khan’s comments out of context to make a cheap political point.

Khan actually said, after a terror attack in New York in September 2016, that:

In context, there’s nothing controversial about that statement. But after the March 2017 attacks in London, Donald Trump Jr clearly thought it was appropriate to make it look controversial, by suggesting that Khan had told people in big cities they should get used to terror attacks. Something that Khan clearly did not say.

– See the actual response from Sadiq Khan to the 22 March attacks here:

Londoners will never be cowed by terrorism. pic.twitter.com/LTLhgZ7OLQ

– Also follow The Canary’s coverage of the attacks here.