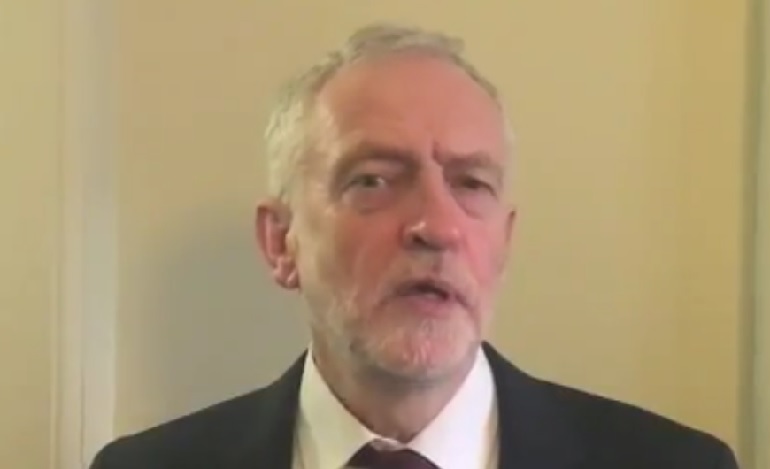 In a statement on the 22 March Westminster attacks, Labour Party leader Jeremy Corbyn has made a call for unity against what he says was “an attack on our democracy”.

Details of the attack are still coming in. A vehicle ploughed into pedestrians on Westminster Bridge, before charging the gates of parliament. The deaths of a police officer and two other people have been confirmed. The attacker was also killed.

Corbyn sent his thoughts to the victims and their families after the “brutal and indiscriminate assault”. But he also expressed his faith that people would “stand together in defence of our values and diversity” in the wake of the attack.

Below is the Labour leader’s full statement:

Today’s horrific attack in Westminster has shocked the whole country. All our thoughts are with the victims of this outrage, their loved ones, families and friends.

Those victims include civilians and police officers, Londoners and visitors, subjected to a brutal and indiscriminate assault.

Our thanks and gratitude go to the police and emergency services who responded so bravely, and to those – including the MP Tobias Ellwood – who went to the aid of the injured and dying.

But I know that Londoners and people across the country will stand together in defence of our values and diversity.

– See the comments and actions of other MPs as part of The Canary’s ongoing coverage of the 22 March attacks.