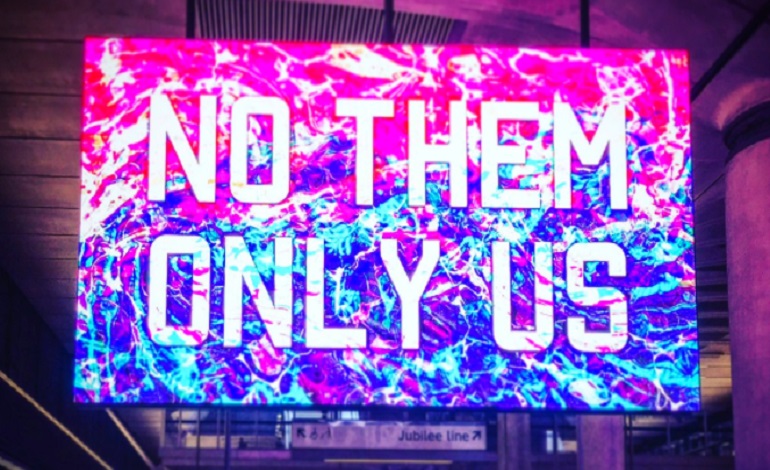 The London Underground has been trying to deliver a message of hope to commuters after the attack at Westminster on Wednesday 22 March. Workers have been using the ‘update’ whiteboards to send messages of hope and reflection to people using the system.

No them, only us

Some light in the darkness from Canary Wharf Tube Station. Standing with my fellow Londoners today. #WeAreLondon pic.twitter.com/ExqXeUyvLk

Love this sentiment at @Claphamnth tube station this morning. pic.twitter.com/PaEU5MQHOM

Heading into work from my local tube station. #WeAreNotAfraid pic.twitter.com/I4sgueAkLM

We are the World, we are the children, we are the ones who make a brighter day… Lets realise that a change can only come, when we stand together as one. Our thoughts are with you Westminster. #WeAreNotAfraid #Westminster #World #Children #BrighterDays #Change #Together #Stand #One #LeicesterSquare #London #LondonUnderground #NorthernLine #PiccadillyLine #Tube #TfL #WestEnd #QuoteOfTheDay #TubeStation #Station #TransportForLondon #Inspiration #KeepGoing

Some fake tube noticeboards created by online image generators were also being shared: 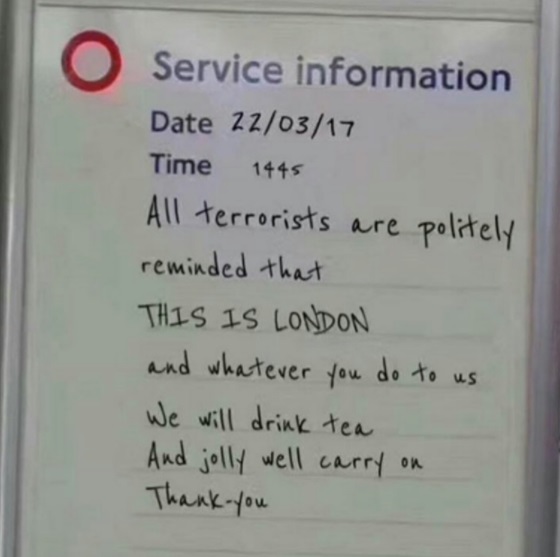 Details of the attack, which began at 2.40pm on 22 March, are still being released. So far, four people have died:  PC Keith Palmer, Aysha Frade who worked at a London college, a man in his 50s, and the attacker. Seven of the injured are still in hospital in a critical condition, and a further 29 had been treated in hospital.

According to eyewitness reports, a car ploughed into people on Westminster bridge before crashing into railings that surround the Palace of Westminster. A man then entered Old Palace Yard – the entrance used by MPs and usually heavily guarded. The man stabbed a police officer and ran into the yard. He was confronted by armed police who shot him. The Metropolitan Police says it believes the attacker was “inspired by international terrorism”.

Yesterday an act of terrorism tried to silence our democracy but today we meet as normal. We are not afraid and our resolve will never waver in the face of terrorism. We meet here in the oldest of all parliaments because we know democracy and the values it entails will also prevail. A terrorist came to the place where people of nationalities and cultures celebrate what it means to be free. This was an attack on free people everywhere [which] sickened us all.