Brendan Cox responds to the London attack, and gets an onslaught of abuse [TWEETS] - Canary 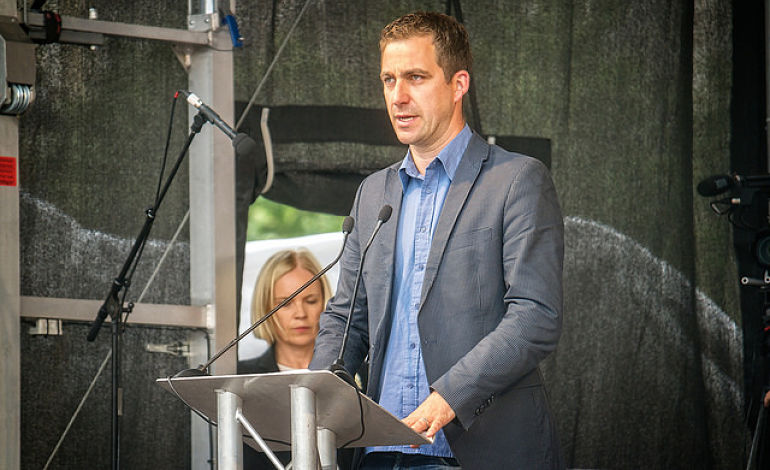 Brendan Cox, the widow of Jo Cox, has spoken out on the Westminster terror attack, reminding us of what we should focus on now. But some have greeted his comments with abuse.

Jo Cox, MP for Batley and Spen, died in the last terrorist attack on UK soil in June 2016. And with the aftermath of London’s latest act of terror at Westminster on 22 March, Jo’s husband Brendan had an important message.

I think the first thing we need to do is to remember that this is a story about people who did not come home yesterday.

Relaying his own experience, he noted the thousands of acts of kindness that helped him; which gave him “the sense that the person you lost meant not just something to you but to others”.

He also said that he hated seeing the picture and name of the assailant of Jo’s murder, because it wasn’t important to him. Remembering Jo as the person he loved was so much more important.

Don’t give them notoriety

I think one of the things we need to be careful about is giving notoriety to the person that did it. I think one of the reasons people do these horrific things is to gain personal notoriety and I would much rather remember, as Frank Gardiner was just talking about, the heroes of this story whether that is Tobias Ellwood or whether that is PC Palmer who lost his life trying to defend our values and talking about them and remembering them is the way that we do justice in this horrific environment as well as of course we need to have a security response to what happened.

Many are honouring PC Keith Palmer, stabbed on Wednesday 22 March by an as yet unnamed attacker. Tobias Ellwood MP tried to resuscitate the officer, but tragically PC Keith Palmer lost his life later that day.

They want Britain to “fall apart”

The person who did this wants us to be fearful and divided- let's show them that we are neither #DefeatTerrorTogether pic.twitter.com/XMxkGzL3GM

His comments come after wide speculation as to the identity of the perpetrator. There have been assumptions but no accurate reports at the time of writing.

These attacks so close to home will invoke reaction and emotions from everyone. Because they affect everyone, no matter their religion, ethnicity or ideology. But personal biases have emerged far too quickly. And even Brendan Cox, someone that has suffered first hand the effects of terrorism, has come under fire:

Brendan Cox thinks he has a monopoly on grief and can therefore lecture us on how we "should" feel and react. Sick of him frankly #lbc

Brendan Cox makes a pertinent point. There is competition for notoriety among terror groups. Conceding to it plays into their aims. And it no doubt causes rupture and hatred among our society – another key aim of terrorism. To defeat them, we must #standtogether and remember the victims, before we use biases to react to a situation still wanting of facts.

The Canary is following developments here.