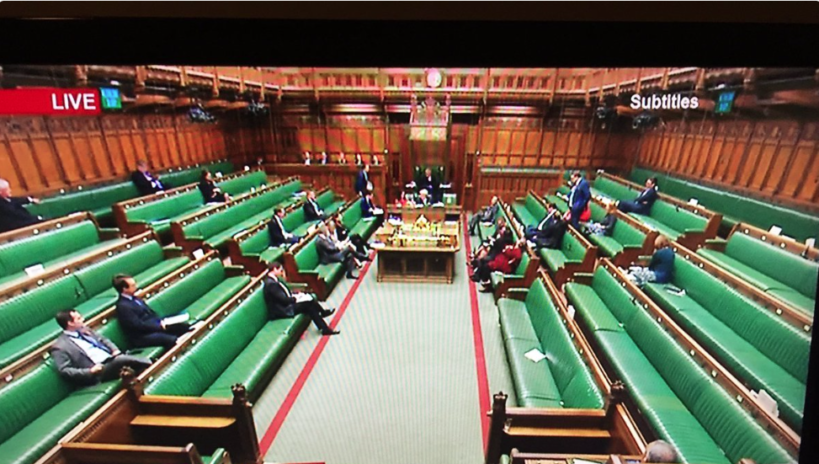 A picture capturing a moment in parliament has surfaced in the wake of the London attacks which left four people dead and 40 injured. It could embarrass the government.

A picture paints a thousand words

While protecting parliament and its members, 48-year-old police officer Keith Palmer received fatal stab wounds from the attacker. The government and MPs have sent messages of praise and thanks to the deceased officer and his colleagues for their courage. However, people have taken to social media to suggest that parliament could do better than words.

Just months before the attack, Labour’s Shadow Home Secretary Diane Abbott opened an Opposition Day debate on police officer safety. Around 20 of parliament’s 650 MPs attended. Those who did attend learned that there were 23,000 recorded assaults on police officers the previous year. And more than 8,000 of those resulted in injury.

Since the Conservatives came to power in coalition in 2010, police forces across the country have suffered major cuts. And as a result, there are now 20,000 fewer police offices in the UK than there were in 2009. That is a 14% drop in officers in less than a decade. As Police Federation chairman Steve White told the BBC:

A briefing from the Association of Police and Crime Commissioners states that planned budget cuts will hurt even more. Their analysis suggests that, by 2020, police staffing levels could reduce by a further 17% to approximately 100,000 – the lowest level since the mid-1970s. And with the cull of civilian posts, remaining officers will be required to fulfil back office roles too.

UK police need more than words. They need the proper funding and resources to do their job. We can think of no better tribute to fallen PC Keith Palmer than that.

See The Canary’s coverage of the 22 March attack here.