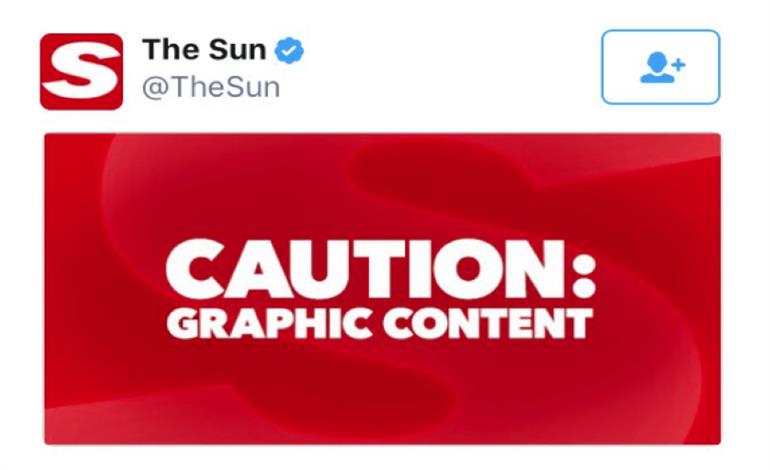 As alway, The Sun trying to boost its circulation and traffic at the expense of victims of terrorism pic.twitter.com/yKewUqcVL7

This came despite calls from police officers and others to avoid publishing images of the injured before families had been notified:

Dear Media,
Please can you stop posting pictures/footage of my wounded colleague…
Or of any of the injured.
Thank you.

The Sun was not alone. Others tried to capitalise on the attacks too.

In the hours following an attack like Westminster experienced, it pays to be patient. To allow the police and others to proceed with their investigation unmolested, while working through the information systematically. It is not the time to air pet theories and rehash personal opinion as fact. But that didn’t stop these folks.

After this horrific slaughter of innocents in #London is NOT the time to defend Radical Islam. Now is the time to #PrayForLondon.

UKIP donor Arron Banks thought he’d get in on the action too.

It is important to note that at this time, the cause and identity of the attackers remained unknown. Nevertheless, some people’s first reaction to the suffering of others was to jump on their soap box. The cheap reaction left many people stunned:

How sick are the racists who suddenly become energised by these situations? Lower than vermin to peddle hate at a time like this. #London

#London Thoughts with all concerned in this appalling attack… Don't let racists use it to divide us @AntiRacismDayhttps://t.co/IRLYmB98Z7

(1)We all know nothing about the perpetrator,but again as always,when such happen these days,big racists mouths online #London #Westminister

The heroes of the day were children

These cynical actions were countered by a group of schoolchildren caught up in the attack. Instead of buckling in fear, or exploding in anger, they assembled together and sang.

In the most British response to a shooting ever, apparently a bunch of schoolkids are singing songs in Parliament while it's in lockdown.

Whoever committed the attack, and for whatever purpose, no good is served by turning against each other. There will be many people seeking to gain an advantage from this attack. The government will likely attempt to push through yet more restrictions to civil liberties. Right-wing political parties and groups will attempt to whip the resulting fear into votes and donations. And media outlets like The Sun will cash in on all of it.

– Follow The Canary’s coverage of the 22 March attacks here.