George Osborne has written a letter to his constituents about his new job. Is he just trolling them now? - Canary Workers’ Co-op 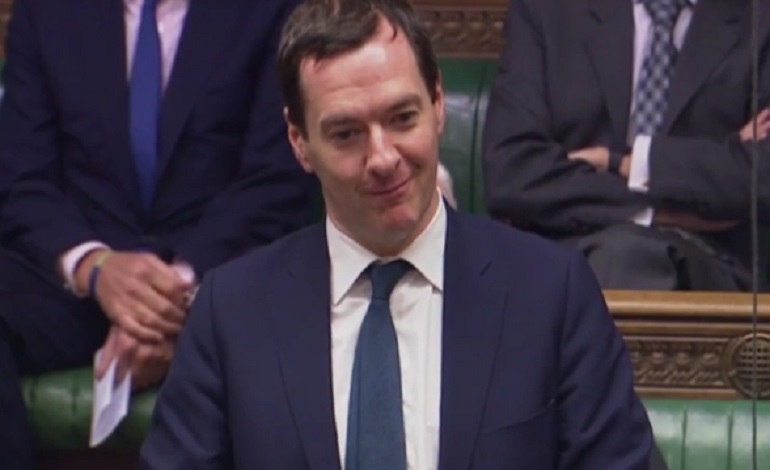 On Tuesday 21 March, George Osborne, MP for Tatton, wrote a letter to his constituents. In it, he addressed their possible concerns about his ability to fulfil his duties as an MP after becoming Editor of The Evening Standard. But to most people, it probably looked like he was taking the p*ss.

After all that you have read over the recent days about my new role as editor of the Evening Standard, I want to talk directly to you, my constituents.

It would seem a change for Osborne to be “talking” to his constituents. Because usually, if they wish to see him, they have to book an appointment. As he doesn’t hold open surgeries, like many MPs.

we have achieved some major successes. We’ve stopped the closure of the A&E Department at Macclesfield District Hospital… [and] got the Alderley Edge bypass built… We’ve improved the direct train services, got great new facilities for our academy schools, and brought new businesses and new jobs to the area.

It should be noted that the planned A&E closure was in relation to Osborne’s government asking the NHS in Cheshire to make £900m of savings. And that while the Alderley Edge bypass (constructed under Labour) was built, the Coalition government shelved plans for another much needed bypass in nearby Mottram.

Also, the schools in Osborne’s constituency may have “great” new facilities, but his government is cutting their funding by 2.4%. And he failed to mention that the controversial “direct train service” HS2 will be sweeping through Tatton. Finally, while new employment may have come to his area, Osborne’s constituency has seen the likes of pharmaceutical giant AstraZeneca and banking group MBNA cut thousands of jobs.

Osborne also reassured people that he could be an MP and a newspaper editor:

There is a long tradition of politics and journalism mixing. One of the greatest newspaper editors ever, CP Scott, combined editing the Manchester Guardian with being an MP… politicians from Iain Macleod and Richard Crossman to, of course, Boris Johnson have combined the role of editor and [MP].

CP Scott was only an MP for 11 of his 57 years editing The Manchester Guardian. And Crossman, Johnson and Macleod all edited weekly magazines, not daily newspapers.

Meanwhile the hard work in the constituency continues unaffected…

The hard work for Osborne will continue. But it remains to be seen which one of his six jobs this grafting will be at.

Could it be Editor of The Evening Standard? His six-figure speaking engagements? Advising vulture capitalists Blackrock? His gig at thinktank the McCain Institute? Or his chairing of the Northern Powerhouse Partnership? Because his “hard work” probably won’t be at his most important job; that of being an MP. But never mind. Osborne has one other task which will keep him busy. Applying huge amounts of polish to his ever-widening brass neck.

– Read more from The Canary of George Osborne.