A delicious ‘fuck you’ campaign has been launched, targeting Donald Trump and Theresa May - Canary Workers’ Co-op 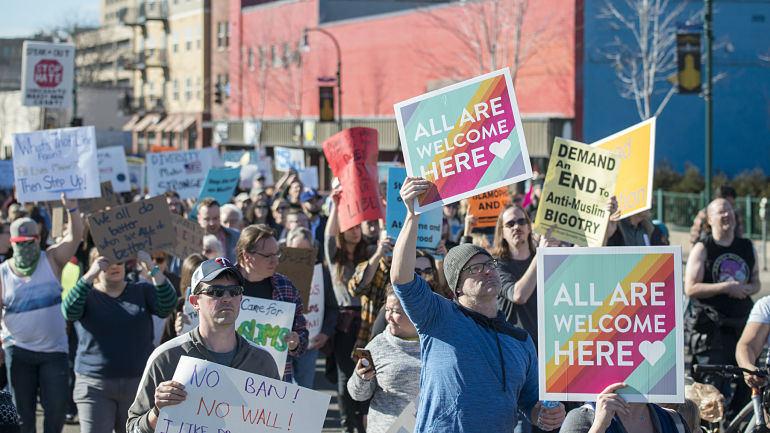 The Zapatista movement in Mexico has launched a campaign to help financially support immigrants persecuted and deported by US President Donald Trump. But the focus of the campaign isn’t a protest march. It’s delicious organic coffee.

The coffee is available to buy now, and profits will go to support people deported by Trump. The funds will also support pro-immigrant groups around the world, as part of the Zapatistas’ Global Campaign Against the Walls of Capital. The campaign calls for worldwide immigrant solidarity against detentions and deportations.

‘Fuck Trump’… and all the rest too

Since 1994, the Zapatistas have fought for the right of Mexican people to govern themselves. They have also developed a unique system of direct democracy,

And in February 2017, they released a statement. This called upon members and supporters to rally behind immigrants facing arrest, deportation, and human rights abuses at the hands of the Trump Administration.

We call for grassroots movements to resist, resist and rebel against the persecution, the arrests and deportations… Because every human being has the right to live in freedom and dignity in the place he finds the best for himself, and has the right to fight to stay there.

(and while we’re at it, all the rest of them too – that is, the Peña Nietos, the Macris, the Temers, the Rajoys, the Putins, the Merkels, the Mays, the Le Pens, the Berlusconis, the Jinpings, the Netanyahus, the al-Ássads, and go ahead and add whatever name they give that wall that will have to be knocked down, and knocked down in such a way that all the walls get the message).

People can now buy Zapatista coffee in bulk. And there are distribution points globally.

– There are many organisations that directly support refugees and immigrants. In Britain, see Help Refugees UK or Citizens UK.

– Read more from The Canary about Mexico and the Zapatistas. And see more of our Global articles on Facebook and Twitter.

– Find out more about the Zapatistas in the featured book.