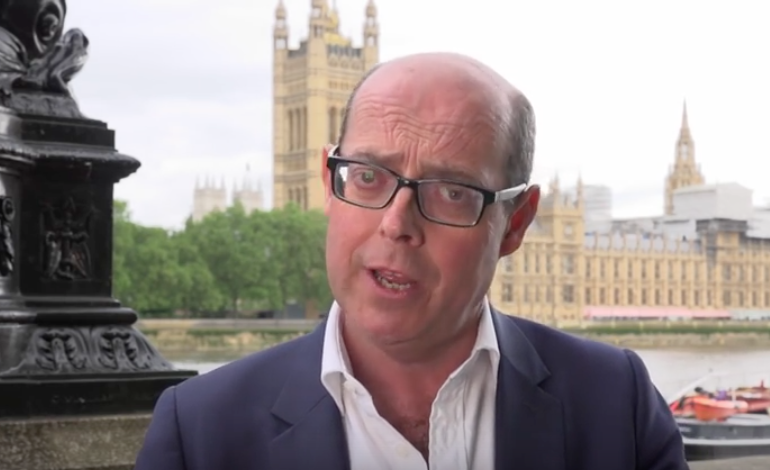 Former BBC Political Editor Nick Robinson has issued a short statement to those who accuse the public broadcaster of bias in its news reporting. But the bizarre intervention from Robinson overlooked some key issues.

A message from Nick Robinson

Seemingly unprovoked, Robinson took to Twitter on the morning of 21 March with the following:

Do not adjust your set. Normal service from the BBC means you will hear people you disagree with say things you don't like. (That's our job) pic.twitter.com/UyOzeEp3eV

It is a strange reframing of the arguments of bias faced by the BBC.

But it’s not the presence of commentators many people disagree with that is at issue. Rather, it is the absence of any opposing voice. In short, the BBC isn’t mistrusted because it shares too many opinions. It is mistrusted because the voices it platforms are too few and too similar. As social media users were quick to point out.

I love the BBC. Its current Tory bias and regurgitating of Gov 'facts' without vigorous context analysis is poor journalism

It is also notable because Robinson himself has accused the BBC of bias as recently as November 2015. This is from an interview with The Sunday Times:

Was Robinson as shocked as I was by the way the BBC (and other media) rubbished Jeremy Corbyn? They couldn’t seem to get over the fact that he didn’t always wear a suit.

‘Yes.’ [Robinson replied] ‘Oddly, although I was off work, I did drop a note to a few people after his first weekend saying this is really interesting and we owe it to the audience to sound as if we’re interested.’

Thankfully, this question doesn’t have to be left to opinion. This is something we can measure, and researchers have already done that work.

The evidence of BBC bias

There were several high-profile studies last year, including one by the BBC Trust itself, which found BBC News biased. Repeated studies found the broadcaster biased in favour of business and conservative voices. And biased against Labour leader Jeremy Corbyn and working-class or non-business voices.

The London School of Economics and Cardiff University also found the BBC biased towards business and conservative ideas. For example, the chart below tracks the guests invited onto the BBC’s Today programme in the wake of the 2008 financial crisis. No surprise then that the crisis was reframed away from the financial services industry and politicians who created it. 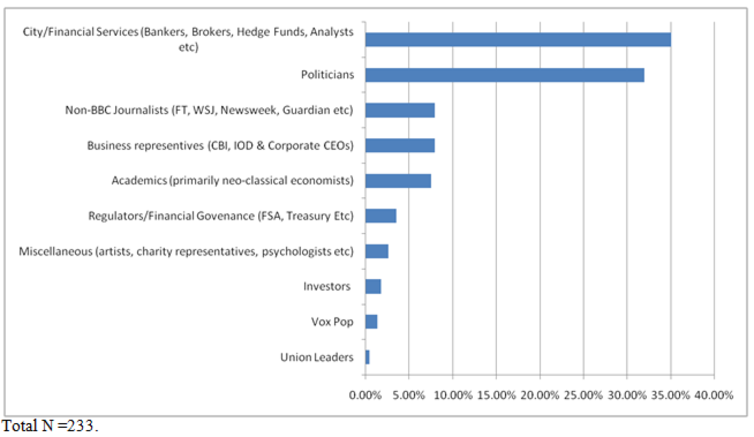 Even the BBC Trust found its own Chief Political Editor Laura Kuenssberg guilty of misrepresentation in January. But the BBC took no sanctions against Kuenssberg as a result.

There is no shortage of well-researched, independent confirmation of BBC bias. The problem is that it comes from the leadership level.

Who runs the BBC?

The current abysmal state of BBC news and politics makes much more sense when you see who has been appointed to plot its editorial course.

The BBC Trust is responsible for granting licences to all BBC outlets and stations, managing value for money on licence fee payments and “the direction of BBC editorial and creative output“. The Trust consists of 12 trustees and is headed by Rona Fairhead – who also happens to have been a longtime board member of HSBC bank.

The Director of News and Current Affairs at the BBC, James Harding, is a former employee of the Murdoch press. He was editor of The Times newspaper when it exposed the identity of police blogger NightJack by hacking the blogger’s email accounts – which the legal team then covered up during a court case against the action. Harding has also gone on the record as ‘pro-Israel’.

Fairhead and Harding have shaped BBC News output in their own image.

The resulting bias toward pro-business, pro-conservative messaging is not a matter of opinion. It is a matter of fact.

The problem with identifying bias

BBC insiders struggle to see that bias because they share it. An exchange between BBC host Andrew Marr and Noam Chomsky some years ago shone a light on this issue. Chomsky was discussing the role of self-censorship by journalists, and Marr repudiated the claim, asking:

How can you know if I am self-censoring?

Marr argued he had never been censored or told what to think.

Chomsky responded calmly, as if explaining the non-existence of Santa Claus to a child:

No surprise then that Nick Robinson was a founder member of the Macclesfield Young Conservatives and president of the Oxford University Conservative Association in his youth.

And therein lies the rub. The role of the BBC and the wider mainstream media is to advance the causes of those who own and run them. There is a monopoly of wealth and power in our society which translates directly into a monopoly of the media. The result is a staggering lack of diversity – of voices and opinions – in the mainstream space. The media has become little more than a monotonous, relentless monologue – when as a country, and a world, we need to be having a conversation.