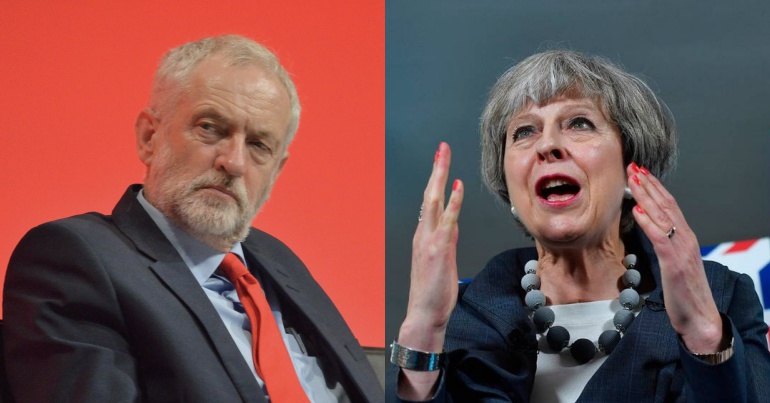 New figures show that the cost of childcare is soaring far above wage increases. This affects lower-earning families the hardest. Labour leader Jeremy Corbyn pointed out that this highlights another example of Theresa May’s failure to support working families, as she said she would:

When @Theresa_May became Prime Minister she said: “If you’re one of those families just managing…the Government I lead will be driven not by the interests of the privileged few, but by yours.”

Nothing could be further from the truth.https://t.co/CXyjdzM2eO

The results have emerged from an annual survey by the Family and Childcare Trust. The survey found that the average cost even for part-time childcare is now £6,300 per year. It explained that lower-income families with children under two are “most likely to be squeezed by the price surge”.

On 4 April, Labour analysis of the survey showed that:

The cost of childcare has risen by between 32% and 47% across England since 2010, compared with wages, which have risen by around 16% in the same period.

The survey found that those on the lowest incomes “also risk being worse off working more hours”. As Labour explained: for many, “work may not actually pay” because childcare costs “could be higher than any additional income”.

The cost of childcare has skyrocketed under this Tory Government… At the same time wages have stagnated and risen at half the rate of childcare costs, making it harder for working families to make ends meet.

This report is the latest in a growing body of evidence that shows the impact of austerity policies on working families and children. Insecure employment and zero-hours contracts are rising. Teachers have warned of a growing “poverty crisis”, and child poverty is soaring:

Under Theresa May, child poverty has risen by 100,000 in a year, of which 67% are from working families.#ToryFail #Marr #WednesdayWisdom #InternationalCarrotDaypic.twitter.com/BBFy5LbH6M

A year after she came to power, May dropped references to helping those who were ‘just about managing’ – or ‘JAMS’. But in 2018, more working people than ever are not managing at all:

Families in 2018 face increasing childcare costs, utility bills and council tax, food and fuel costs, unaffordable housing, with decreasing work security, stagnating wages and cuts to in work benefits and sanctions, as well as cuts to healthcare, services and support.

Come on #May.
Now many of the then #justaboutmanaging can no longer manage thanks to your administration is it not time you started to make a real difference or is #indifference your default position?
The #nation needs to know!

While media attention is focused elsewhere, Corbyn has highlighted the devastating impact of Tory policies for low earners, families and children. He’s quite right to point out to May that the “interests of the privileged few” do seem to have taken priority over supporting the many working parents.