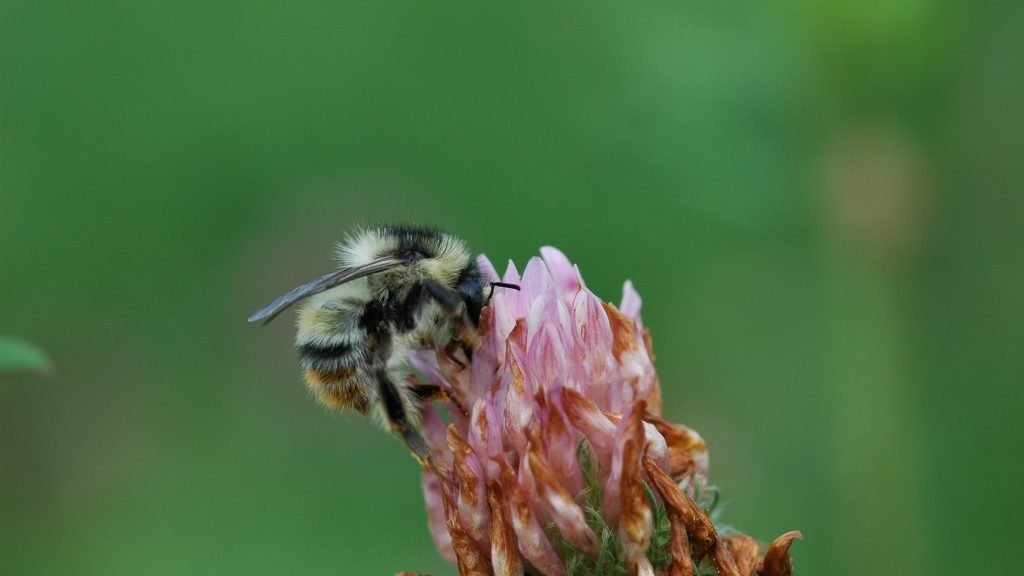 One of the UK’s rarest bees has been discovered at a site which has been restored to boost wildlife, conservationists have said.

The shrill carder bee has been found at the Woodland Trust’s Victory Wood in Kent, on former arable land that has been converted to wildflower meadows.

The tiny bumblebee, which is only one centimetre long, needs flower-rich areas for its diet of wildflowers such as vetches, red clover, black horehound and red bartsia, and nesting sites of long tussock-like grass.

Its population has been in decline as flower-rich grassland disappeared or was overgrazed, and is now only known at a handful of sites in South Wales and southern England – and is generally scarce even there, experts said.

Victory Wood was planted in 2005 to mark the 200th anniversary of Britain’s victory at the Battle of Trafalgar, as part of a mosaic of habitats which includes semi-natural open areas and ancient woodland.

The Woodland Trust has been working with the Bumblebee Conservation Trust as part of the “making a buzz for the coast” project which is restoring bee-friendly habitat along the Kent coast.

Semi-natural grassland, which was arable land until 2004, is being managed with grazing by livestock that supports a wide variety of plants, insects and birds.

The discovery of the shrill carder bee, which gets its name from its high-pitched buzz, has been hailed as a “major find”.

Claire Inglis, the Woodland Trust’s assistant site manager at Victory Wood, who found the bee with Bumblebee Conservation Trust staff during a volunteer training session, said: “We were delighted to spot this little bee – it’s a major find!

“We have long thought it existed at the site after a suspected recording a year or so back. To see it for myself is great.

“We have been working hard to protect and enhance the wildflower meadows at the site, an environment which provides a rich food source for the bees.

“Now it is about enhancing the wood further and helping the bee to breed further.”