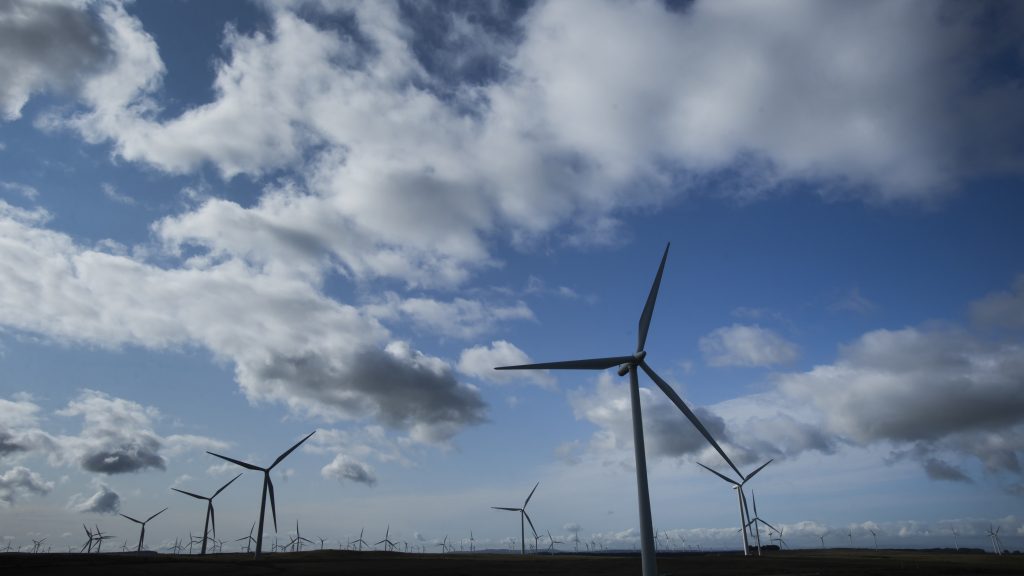 Dozens of Tories are among more than 150 MPs who have signed a letter to the Prime Minister calling on him to remove barriers to new onshore wind farms.

The letter, co-ordinated by campaign groups 10:10 Climate Action and Power for People, has been signed by 157 Members of Parliament, including 35 Conservatives, urging the Government to change course on onshore wind.

Boris Johnson has pledged to ensure the UK meets its recently agreed legal target to cut greenhouse gas emissions to “net zero” by 2050.

The letter from the cross-party group of MPs welcomed the pledge and said new onshore wind, which is effectively being prevented by current Government policies, was “vital” to meet the target at the least cost.

It can provide growth opportunities as part of an ambitious industrial strategy and benefit communities through investment and revenue for local areas, the letter argues.

The MPs are calling for a level playing field with other energy sources, so communities that want onshore wind are able to have them.

It comes as the Government’s own surveying shows public support for onshore wind is at a record high of 79%, while polling for 10:10 found two thirds of people (65%) would be happy to live within five miles of a wind farm.

The letter calls for changes to planning rules so that small-scale onshore wind developments in England are treated in the same way as other applications for renewable and low-carbon power.

And the MPs want onshore wind, the cheapest new energy source in the UK, to be able to compete in auctions for long-term power supply contracts which are currently open to other technologies such as nuclear and offshore wind.

Tim Loughton, Conservative MP for East Worthing and Shoreham, said: “Onshore wind is a key part of decarbonising the UK’s energy system and has the potential to bring down energy bills for consumers.

“I will do all I can to support a level playing field for onshore wind energy.”

“The simple fact is we need more of it, both to cut emissions fast and to keep energy bills under control.

“That the Government maintains this de facto ban on something that enjoys 13 times more public support than opposition beggars belief.