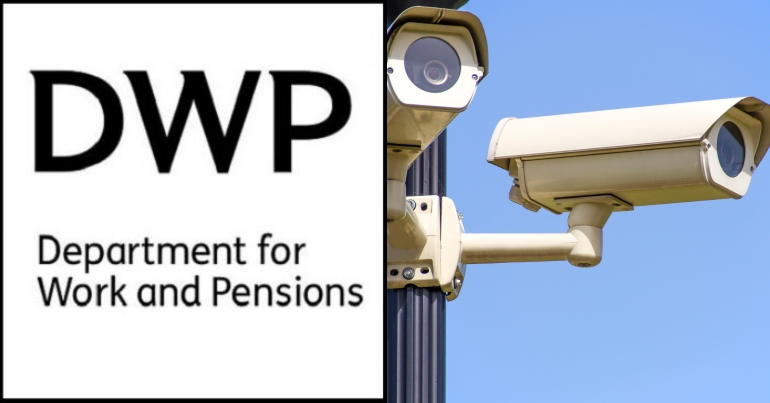 The Department for Work and Pensions (DWP) has been slammed by the UN over its surveillance of benefit claimants. Philip Alston, the UN’s special rapporteur warned that the department is not just spying on those it suspects of fraudulent claims:

It’s not. It will soon affect everyone and leave the society much worse off. Everyone needs to pay attention and insist on decent limits.

Aston emphasised that the current system applies to everyone and that all claimants are:

screened for potential wrongdoing in a system of total surveillance.

As The Canary previously reported, Greater Manchester Police admitted that:

it has a written agreement to share information about disabled people and other activists who take part in protests with the [DWP].

Kevin Blowe, coordinator of the Network for Police Monitoring stated:

This is a really worrying development, that I think is entirely vindictive. The suggestion that anyone who… takes part in protest if they’re disabled is likely to be committing fraud – which is what’s implied by the police getting involved in this – is about trying to make sure that the effectiveness of protest is undermined.

Speaking to the Guardian, Rick Burgess from Manchester Disabled People Against Cuts asserted:

There are people who are not protesting today because they are terrified by what the DWP might know about them. The idea that information the police gather at protests about some of those taking part could be passed to the DWP for welfare fraud investigations is Stasi-like.

A 2018 report from Big Brother Watch described the surveillance of claimants as a “human rights emergency”. It set out the “brutal” surveillance regime the DWP operates:

Gym memberships, airport footage, job centres and surveillance video from public buildings are now used to build cases against claimants, with posts from social media used to suggest people are lying about their disabilities.

As Steve Topple previously reported for The Canary, the DWP is colluding with Sainsbury’s to spy on people. As Topple wrote:

If in doubt, fudge

A spokesperson for the DWP told the Guardian:

The department does not request referrals from the police and there is no obligation on either the police or members of the public to provide referrals. In the event we receive information from the police, we consider it on its merits.

As is the case with any responsible government department, we stand ready to assist the police in the event they request information from us for the purpose of crime prevention or detection. This service is provided under the Data Protection Act for the purposes of preventing and detecting crime.

However, saying there’s “no obligation” is very different from admitting to arrangements that already exist – especially given Greater Manchester Police’s admission that such an arrangement is in place.

Aston is right; it is vital that we “pay attention”. Those claiming benefits should not face routine surveillance. Disabled people wanting to protest should not be prevented from doing so because of fear of being reported to the DWP.

The reality of the surveillance state is starring us in the face. It’s very real and it needs to be stopped.