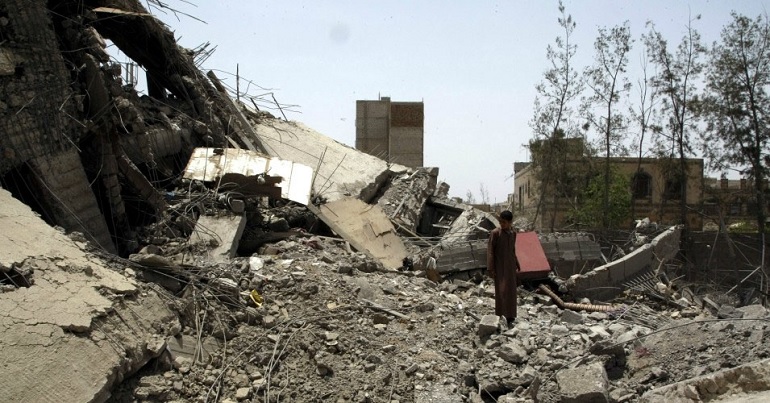 In its latest report, Campaign Against the Arms Trade (CAAT) has revealed that the UK has exported £6.2bn worth of weapons to Saudi Arabia in the last four years. The trade has fed Saudi Arabia’s ongoing war in Yemen and contributed to a growing humanitarian crisis.

CAAT has also reported on British arms trade to other Gulf countries that form part of the Saudi coalition, adding that:

In reality the figures are likely to be a great deal higher, with most bombs and missiles used by Saudi forces being licensed via the opaque and secretive Open Licence system.

The Saudi-led war in Yemen has now created what the UN has described as the worst humanitarian crisis in the world. On 15 August, NGOs Mwatana and Global Legal Action Network (GLAN) reported that Saudi Arabia had “whitewashed significant civilian harm” and was guilty of violations of international humanitarian law.

The UK is complicit

The Canary has previously reported on the extent of the UK’s complicity in the humanitarian crisis in Yemen. A briefing paper from the House of Commons states:

the UK was the second largest exporter of arms […] to Saudi Arabia (after the US) between 2010 and 2018, and larger than all other countries combined.

[…] Between 2010 and 2018 Saudi Arabia was the largest importer of arms from the UK; the total volume of arms transfers was around 43% of the UK’s total arms export volume.

On 20 June 2019, the Court of Appeal ruled that weapons exports to Saudi Arabia are “unlawful”. But according to CAAT:

[The] UK Government has invited Saudi Arabia and other coalition members to London next month for one of the world’s biggest arms fairs.

Thousands of people have been killed in the Saudi-led bombardment of Yemen, but that has done nothing to deter the arms dealers. The bombing has created the worst humanitarian crisis in the world, and it wouldn’t have been possible without the complicity and support of Downing Street. These arms sales are immoral and illegal.