Pine martens reintroduced to Forest of Dean - The Canary 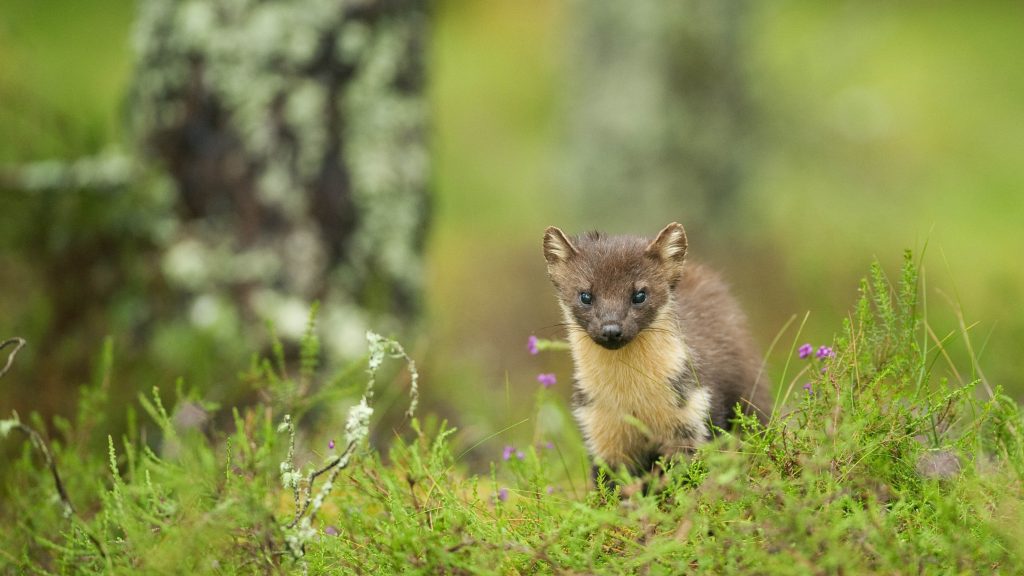 One of Britain’s rarest animals has been reintroduced in the Forest of Dean.

Hunting and destruction of woodland had pushed the creature to near extinction in England, with their only remaining stronghold being in the north-west Highlands of Scotland.

Between August and September, 18 of the animals were moved from Scotland to Gloucestershire and fitted with tracking collars so that they can be closely monitored.

A similar project in Wales between 2015 and 2017 saw 51 pine martens moved and they have now established a population in the area.

Similar in size to a domestic cat, pine martens are from the same family as otters and weasels.

They have slim bodies and brown fur, and a distinctive cream bib on their throats, as well as bushy tails.

“We are looking forward to working with volunteers, local communities and partner organisations to monitor how the pine martens are moving throughout the Forest of Dean and the wider landscape.”

The Canary has previously reported on the role pine martens can play in restoring the fortunes of red squirrels.

Dr Gareth Parry, director of conservation at Gloucestershire Wildlife Trust, said: “We are in a biodiversity emergency and conserving our remaining wildlife is not enough, we must also take action to support nature’s recovery.

“We’re working with partners to establish a nature recovery network across the country and bringing back native species, such as pine marten, which play a vital role in ecosystem functioning, is an important part of this work.”