After decades of campaigning, circuses will finally be banned from performing wild animals - Canary Workers’ Co-op 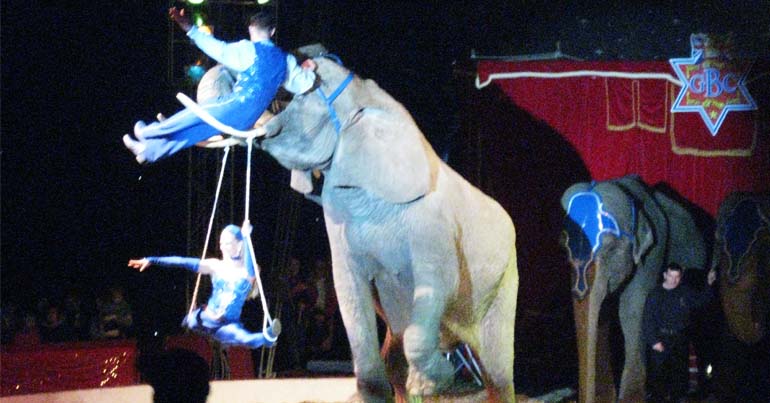 A law banning wild animals from circuses in England comes into force on 20 January. Campaigners that have fought decades for the law say they’re “very pleased” about the change. But they have still concerns about serious loopholes in the legislation.

The end of wild animal circuses in England

From 20 January, circuses in England will no longer perform with live animals. Former environment minister Michael Gove announced the Wild Animals in Circuses Bill in May 2019, saying that “travelling circuses are no place for wild animals”. It became an Act in July of the same year and only affects England.

There are two companies in the country with animals in their shows: Circus Mondao and Peter Jolly’s Circus. They use 19 animals between them including reindeer, zebras, camels and a fox. Welfare groups and veterinary bodies widely oppose these types of circuses, with the British Veterinary Association saying that the “needs of… wild animals cannot be met within a travelling circus”.

Scotland was the first nation in the UK to pass such a law, and it came into effect in May 2018. Meanwhile, Ireland banned circuses from using wild animals in January 2018.

This is a huge milestone towards a world where animals will be free to live their lives outside of captivity. Animal circuses are barbarous relics of a by-gone era and have no place in the 21st Century. Over decades, Freedom for Animals has tirelessly campaigned against the cruel animal circus industry and I am very pleased that this progressive legislation has finally come into effect. The dedication and hard work of many compassionate people has brought us to where we are today, and that is something also to be celebrated.

However, Threadgill pointed out that the law doesn’t stop circuses from owning wild animals. Both Circus Mondao and Peter Jolly’s Circus have said they plan to keep and continue travelling with their existing wild animals. Threadgill told The Canary, though, that:

How this actually pans out is anyone’s guess, as the Act states that it is an offence ‘if the animal performs or is exhibited as part of the circus.’. It would be a huge grey area over whether having those animals with them would constitute exhibiting them.

The Welsh Assembly is in the process of passing its own law banning circuses from displaying wild animals. The ban’s “first hurdle” was passed on 7 January and Threadgill told The Canary that Freedom for Animals expects the law to be passed later this year.

Featured image via Freedom for Animals