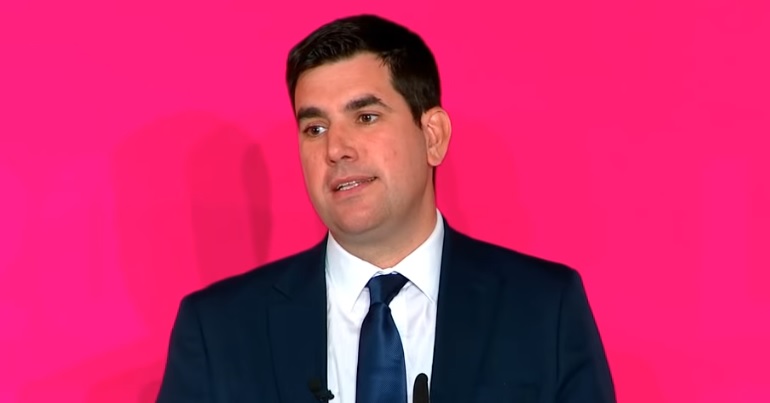 In a 30-second-long video, Richard Burgon revealed what’s missing from the Labour leadership debate by speaking out about the “demonisation” of Jeremy Corbyn.

This is barely getting a mention in the leadership race. But it should, for reasons that should be obvious to any potential successor.

The first Labour deputy leadership hustings took place in Liverpool on 18 January. During the event, Burgon raised the media’s treatment of Corbyn, saying:

I also want to speak out against the demonisation of a decent man… There’s no city in this country that knows as much as you do about how newspapers, like the right-wing Sun newspaper, demonise decent people.

At the Deputy Leadership hustings I was proud to speak out against the demonisation of Jeremy Corbyn.

The billionaire press attacked Jeremy because he pursued policies that would take on the rigged economy.

Retreating from those policies is not the answer. #Richard4Deputy pic.twitter.com/JjHhJUQ3M1

Liverpool knows what the right-wing press is capable of. Liverpool football fans endured a grotesque demonisation by the Sun after the Hillsborough disaster in 1989. As The Canary previously reported, within days of the tragic crush occurring at Hillsborough Stadium, the tabloid effectively laid the blame at fans’ feet, claiming they were “robbing victims, urinating on policemen and beating them up”. That’s why Liverpool has boycotted the Sun for decades.

The media’s smear campaign against Corbyn has been abhorrent too. The Labour leader has faced regular attacks throughout his tenure. Possibly the most disturbing of them is the false notion peddled by press that the lifelong anti-racist is somehow an antisemite. Perhaps the most ridiculous is that we were at one time to believe he was also a Czech spy. Although the ‘scoop’ where the tabloids told people that Corbyn danced at sombre Remembrance Day ceremonies was also a pretty good contender for that.

Scream it from the rooftops

As Diane Abbott pointed out, Burgon got a rapturous applause for calling out the media:

Richard Burgon gets most applause so far at this deputy leadership hustings, by talking about the way media demonised @jeremycorbyn Liverpool understands about media smears and denigration #LabourLeadershipElection pic.twitter.com/LUOtroDZ9U

That’s because many people – especially those in Liverpool – recognise how dangerous it is to have a media that lies and cheats freely. This threat is hardly a major talking point in the leadership campaign, but Rebecca Long-Bailey did raise it when she launched her campaign. Speaking to ITV News, she said:

Jeremy was savaged from day one by the press … We have a role as party to develop the image of our leader and to put them forward in the most positive way, but we also have a duty to rebut criticism and attacks.

She has also tweeted:

In our party we’ve seen how Diane Abbott has been vilified by the right wing press. Her litany of groundbreaking achievements – a welder’s daughter who made it to Cambridge, becoming the first black woman in the House of Commons – are routinely ignored.

However, with the Conservatives’ hefty majority alongside Britain’s highly dysfunctional media landscape, Labour needs to do more than work out how to rebut criticism. It needs to play a strong role in defending the idea of not only a free press, but any semblance of a functioning press at all.

But with few candidates adequately calling out the press for its dangerous, anti-democratic behaviour (let alone those who facilitated the media in its anti-Corbyn smear campaign), it doesn’t appear that’s a role many of them see as a priority. More fool them. Because whichever of them eventually heads the party will be at the mercy of the same media machine. And if they don’t please Britain’s media masters, they may face the same fate as Corbyn.