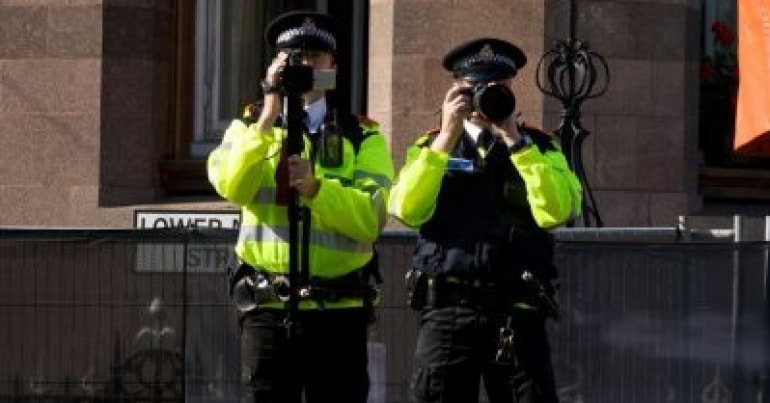 Britain’s controversial surveillance/counter-extremism Prevent programme has come under fire once more, this time from over 100 academics, researchers, and campaigners calling on the government to radically overhaul its approach to tackling politically motivated violence.

The Network for Police Monitoring (Netpol), sociology professor David Miller, rapper Lowkey, and criminology expert Dr Rizwaan Sabir are among 113 groups and individuals who signed an open letter describing Prevent as a “failed policy that must be abolished and firmly uprooted from society”.

Middle East Eye published the open letter on 17 January. It argues that the ‘science‘ behind the Prevent programme has been “roundly debunked” by experts. According to the ‘Prevent duty’, all publicly funded bodies, including nurseries, prisons, universities, and local councils, must have “due regard to the need to prevent people from being drawn into terrorism”.

The authors also say that “decades of security-heavy” policies have failed to reduce politically motivated violence, and that the entire approach of government needs re-thinking.

To that end, the signatories call for the following a list of “short and long term” objectives:

The growing counter-terrorism and extremism… sector is vying for wider powers, from silencing dissent to policing the consequences of failing social policies. It is time for NGOs, social movements and other interested groups to begin the discussions that will lead to the structural changes required to address the issues we are confronting.

This latest intervention against Prevent comes amid revelations from the Guardian that UK Counter Terrorism Policing have been circulating a Prevent training document which includes a list of social justice, environmental, and anti-war groups along with far-right and fascist groups. In 2018, The Canary revealed a similar training document which listed hunt saboteurs and leftist Kurdish freedom fighters in the same document as banned fascist groups and Daesh (ISIS/ISIL).

On 16 January, CAGE published the report Beyond PREVENT: A Real Alternative To Securitised Policies which critiques the current terrorism regime but also offers a path towards “peaceful coexistence” by tackling the “root causes of violence”.

Leaving the ‘War on Terror’

In September 2019, the Transnational Institute (TNI) published a report from a collection of terrorism and human rights experts arguing that Britain’s counter-terrorism policies “do not work”.

Leaving the War on Terror: A Progressive Alternative to Counter-Terrorism Policy says that as a result of 15 separate terrorism laws passed by UK’s parliament since 2000, a “shadow criminal justice system” without normal legal protections has emerged, extrajudicial killings have become routine, and the use of “surveillance and propaganda” has been “expanded and deepened” by the state. The report’s authors call for a  public inquiry with “wide terms of reference” into the consequences of the War on Terror, as well as for the abolition of the Prevent programme.

As the establishment appears to be committed to its current counter-terror strategies, it seems likely that the push-back against these policies will also continue to grow.