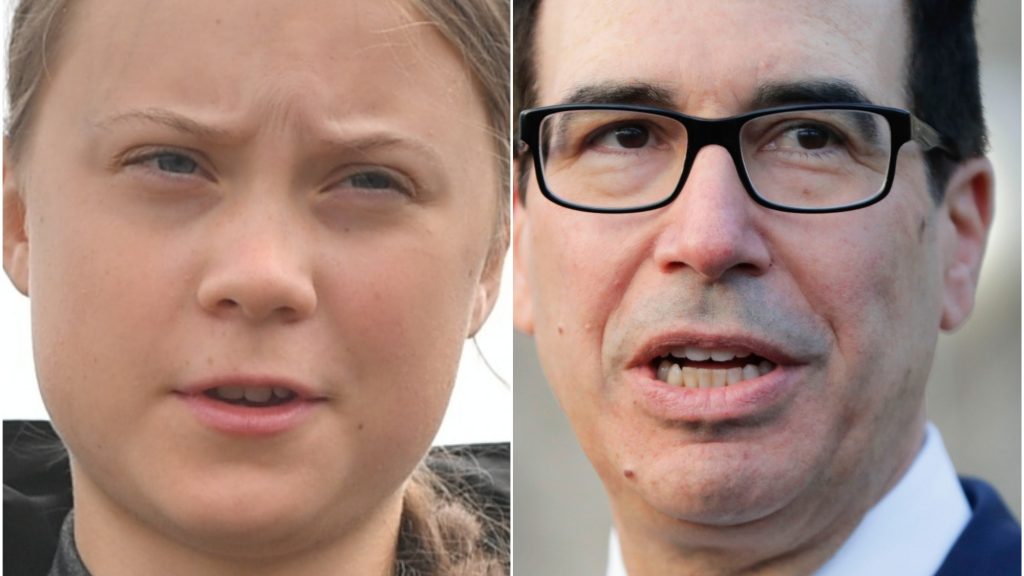 US Treasury secretary Steven Mnuchin has said Swedish climate activist Greta Thunberg is in no position to give economic advice until she goes to college and comes out with an economics degree.

At a press briefing at the World Economic Forum, Mr Mnuchin took a swipe at the 17-year-old environmental campaigner for her recommendation that the public and private sectors should divest from fossil fuels.

When asked how that would affect the US economic model, Mr Mnuchin threw a tantrum about Thunberg, asking if she was an economist and saying it “was a joke”.

He said that “after she goes and studies economics in college, she can come back and explain that to us”.

Thunberg launched the school strike movement in her native Sweden in a bid to put pressure on world leaders to step up measures to combat climate change.

She spoke at the Davos gathering of the world elite earlier in the week.